WOW! Our video of the momma and puppies who were reunited has gone viral! Eat your heart out Kim Kardashian – there’s…

On March 6th, two extremely frightened dogs were surrendered to the Marin Humane Society in Novato, California.  One of them had very recently given birth.  Dedicated staff members tracked down the person who dumped her at the shelter, and convinced them to give up the puppies, too.  The reunion between Cora and her pups is too sweet to miss! 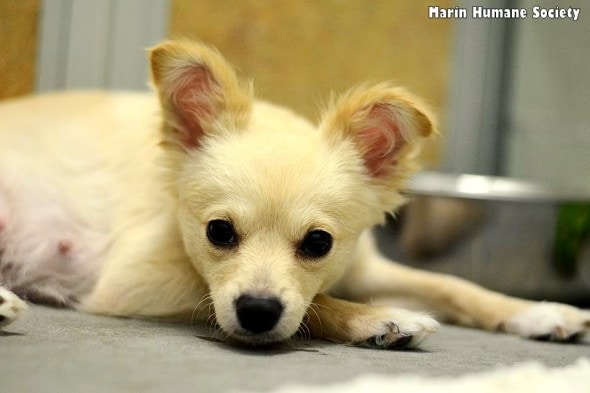 The puppies weren’t in a safe situation, and were way too young to have been separated from their mother.  To be their healthiest, they still need to nurse for a few more weeks.  Thankfully the former owner was persuaded to do the right thing by letting the shelter take them in to be with their mom. 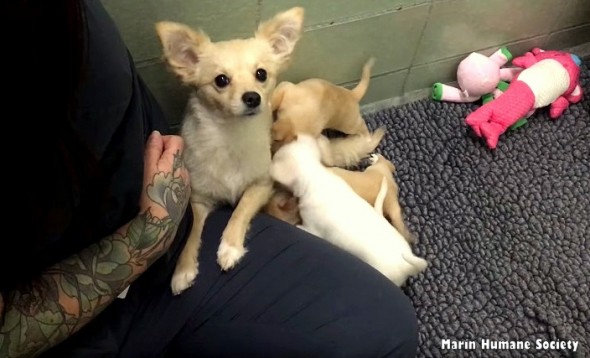 Cora was clearly distressed, and kept to one corner of her kennel.  But once her puppies were brought out, she lit up brighter than the sun! 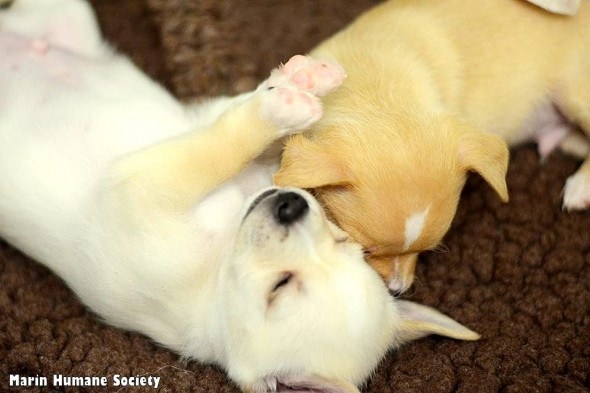 MHS posted the video of Cora being reunited with her puppies on their Facebook page, and it was soon viewed millions of times.  People instantly began clamoring to adopt Cora, and the puppies when they’re old enough, so there’s no worry that they won’t find homes. 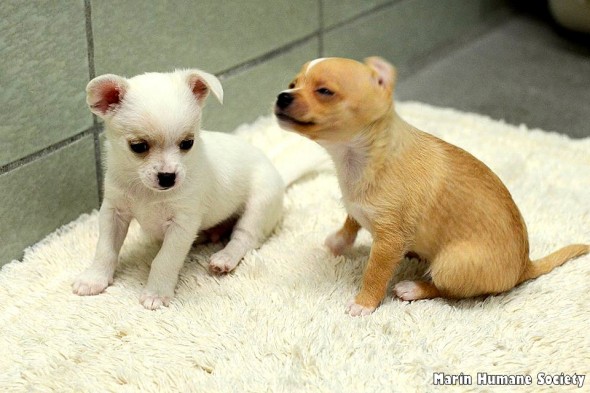 “Momma and puppies are doing really well and since Mom was named Cora, we decided to name the puppies after Downton Abbey characters! Her three boys are Carson, Moseley and Branson and her girl is Edith. All will be available for adoption in a few weeks,” MHS posted.