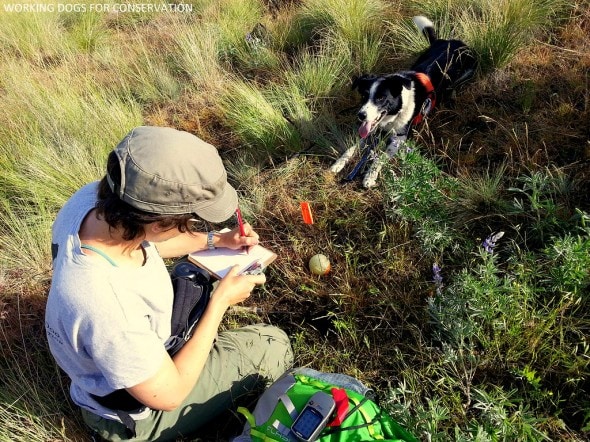 Dogs are famous for their sniffers, which have been known to detect cancer, bombs, people trapped in rubble, and of course, cookie crumbs that have found their way between the couch cushions.  But now dogs are being implemented in conservation programs that reduce invasive plant and animal species, as well as save the lives of countless animals from poachers. 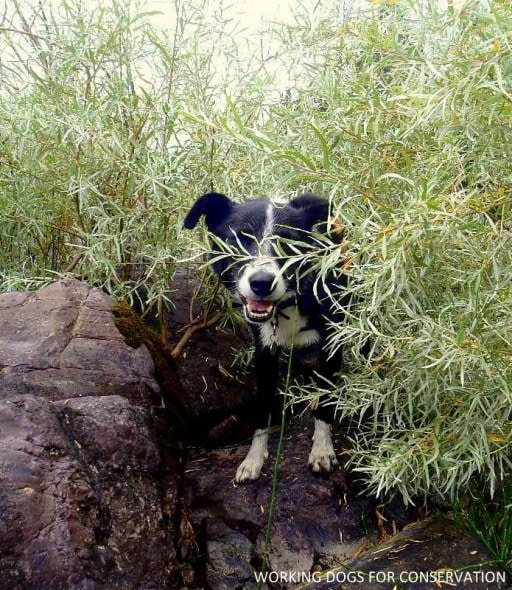 Much of what dogs sense is imperceptible to humans, because we just don’t have as many scent receptors in our noses as they do.  While taking our buddies for walks, we may find ourselves irritated by how long they spend sniffing one stray cat turd, but it’s their focus on poop that makes them excellent conservationists. 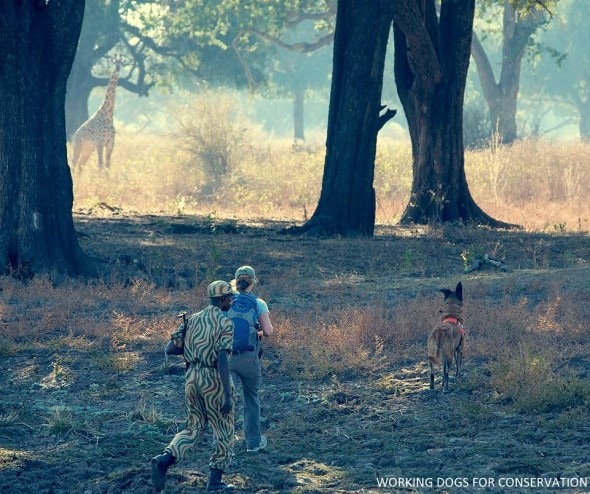 Biologist Pete Coppolillo, the group’s executive director, and his colleagues train and work with dogs in 18 states and 11 countries.  It takes a very special kind of dog to do this work – yes, working dogs like German shepherds and Collies – but only one out of every 1,000 – 1,500 make the grade.

“Frankly, it’s the crazy ones,” Coppolillo said, laughing.. “The high-energy ones who will look at you with the Frisbee and say ‘come on, let’s go’ again and again.” 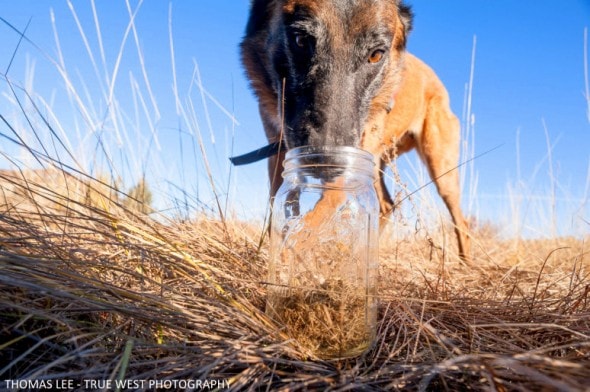 Many dogs like this are called “unmanageable” and taken to shelters by unsuitable owners, but they’re just what’s needed out in the field.  Dogs that were too rambunctious to be cooped up in a quiet home have helped ferret out beetle-infested trees in Minnesota, eliminate invasive weeds threatening  essential native plants in Montana, and find illegal wire snares set up by poachers in Zambia.

By finding the snares, dogs save countless elephants and rhinos from having their tusks painfully sawn off for ivory.  But one of their most important jobs is finding scat (animal feces). 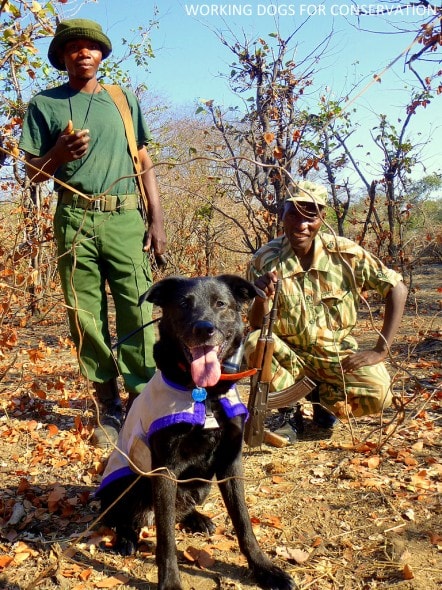 “Thanks to advances in technology and reduction of lab costs, analyses of scat can reveal not just what the animals are eating… but if they have elevated levels of hormones, and even genetic information,” Coppolillo said.

This allows researchers to study animals’ health, life cycles, family groupings, and habitat ranges.  Understanding this can help us know what is normal, and changes can point to environmental problems.  Coppolillo says the scat samples dogs find can let us know if there are heavy metals, pharmaceuticals and other toxins in land and aquatic ecosystems. 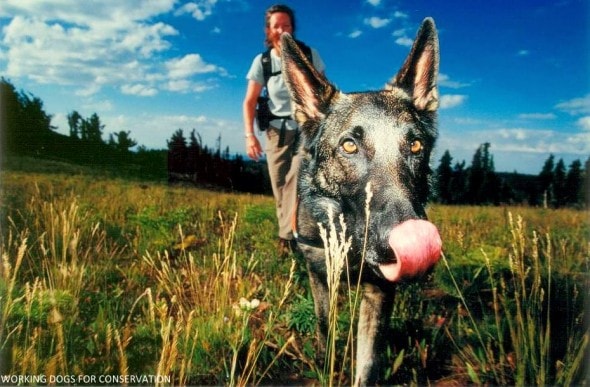 In the past, the primary methods of obtaining this information were to fit animals with GPS collars and to extract blood and tissue samples, both of which are invasive and are risky for both the animals and the researchers.

But now dogs can be used to make the process much easier.  The Conservation Canines with the University of Washington takes dogs out to sea.  Atop the boat’s bow, dogs are able to lead scientists to floating orca scat, bringing in hundreds of samples that have shown how the declining populations of Chinook salmon are threatening orcas’ survival. 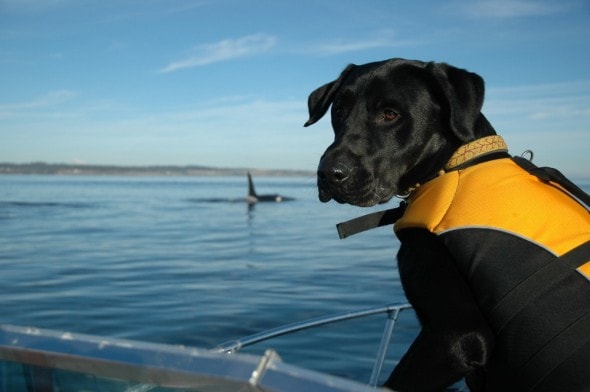 Last year, the Bureau of Land Management used WDC’s dogs to locate grizzly bear habitats in Montana’s Centennial Mountains.  Officials were able to act quickly to keep the bears’ land from being developed.

“Without the dogs’ help the bears would have most likely gone undetected and development would have gone forward,” said Coppolillo. 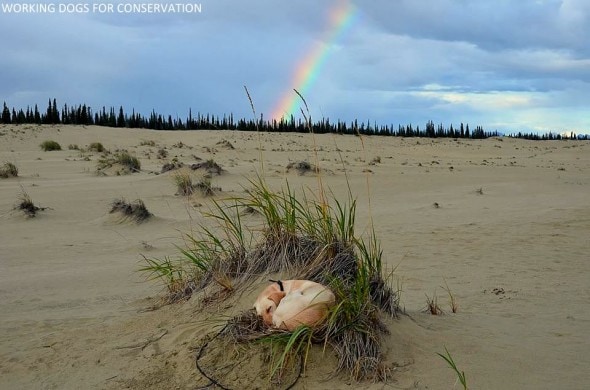 2 thoughts on “Shelter Dogs Are Saving Lives as Conservationists”