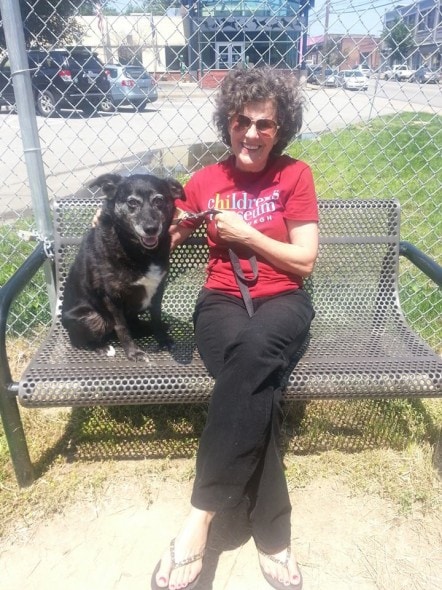 Ginny Merchant has dedicated countless hours volunteering at her local animal shelter. To celebrate her birthday yesterday she continued to give back to the shelter by paying the adoptions cost of all senior dogs at the shelter, helping several of them get adopted.

Merchant has been volunteering at the Animal Rescue League in Pittsburgh, Pennsylvania for five years. Yesterday she spent her entire day at the shelter celebrating her birthday and helping older dogs get adopted. The average adoption cost for a dog at the shelter is $150 dollars. Ginny wanted to help the older dogs at the shelter find homes and offered to pay that fee for anyone who came on her birthday to adopt a senior dog.

Senior dogs are often overlooked at shelters. It is also often more stressful at the shelter for senior dogs as many of them were previously in a home and are used to that comfort.

“You can equate it to a senior citizen going into a nursing home, or a hospital, or having to leave their home,” said Animal Rescue League Executive Director Dan Rossi. “It’s just a very stressful situation.

Merchant’s birthday event helped several dogs find homes, both old and young. Merchant also helped paid for the adoption fees of several younger dogs that were adopted yesterday as she was happy for them to have found homes too.

“I’m the happiest person on earth,” Merchant said after the event. Thrilled to have helped find so many good dogs homes.