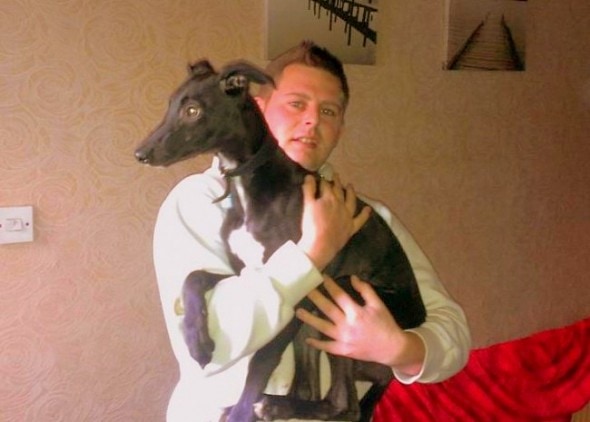 File this under news of the weird, but a puppy in the UK caused a massive explosion to his home after chewing through a can of aerosol deodorant. No humans were present at the time, and thankfully all six of the pets home managed to escape uninjured.

Kerry Leech and her boyfriend Matthew Heckler were out when they received a text from one of their Goldthorpe, South Yorkshire neighbors informing them that an explosion had occurred in their home.

“I was panicking about our pets and rushed back. We saw flashing lights, two fire engines were outside the house and the street was blocked off,” Kerry said. “We thought someone had put something through the letter-box or there had been a gas explosion. At first, firefighters thought the blast was caused by a leaky gas pipe but an investigation later concluded ‘a dog caused the explosion.’” 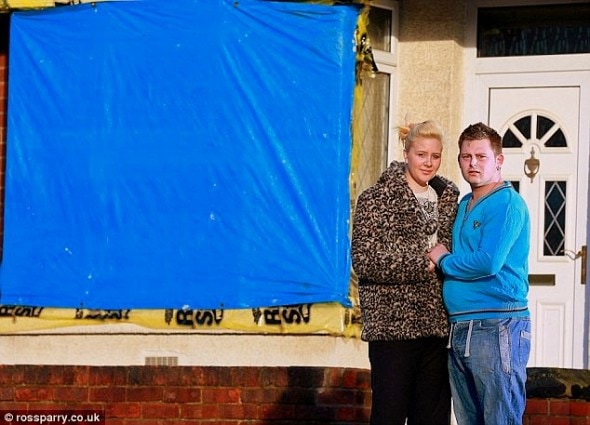 Six-month-old Zeus, a Saluki-Greyhound mix, very likely was rummaging around and found the can, which was near the home’s back boiler. Moments later, the central heating kicked on and ignited the gas, causing an blast.

“I didn’t even know we had a can of Lynx in the living room,” Matthew said. “It was a Christmas present from Kerry’s parents and was in a gift box underneath a table – right next to the fire and back boiler.”

Double-glazed windows, floorboards and a couch were destroyed. The explosion caused about £2,000 ($3,300) worth of damage, but fortunately, all six pets, including Zeus, made it out of the home unscathed.

Professor Tom Welton, head of the chemistry department at Imperial College London, says butane in the deodorant is highly flammable.

“The lowest temperature it can be ignited is minus 60C, so it is very dangerous stuff. These cans do come with warnings, but obviously a puppy can’t read those.”