In October 2010, Helen Smith’s Parson Russell Terrier named Snowy was stolen from her Hook, Hampshire, England, backyard. The pet owner searched for the dog, but after months of empty results, Smith convinced herself she had lost her four-legged companion forever. Four years later, on June 17, 2014, Snowy was found 40 miles away from home.

“I was absolutely devastated when she was stolen,” said Smith. “I did all I could to find her, but eventually resigned myself to having lost her for good. I broke down in tears when I got the phone call to say Snowy had been found. I was in complete shock.” 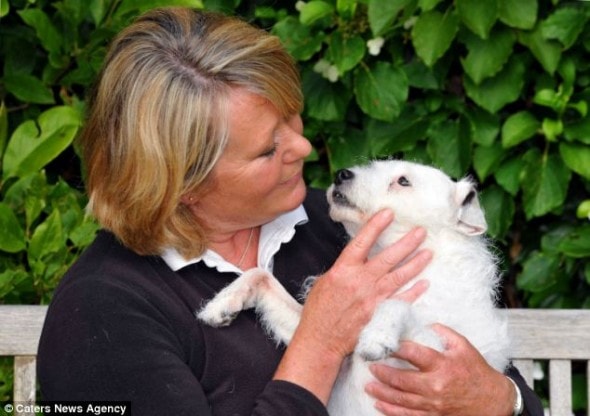 The now 13-year-old canine was found in Portsmouth, when Animal Control picked her up and took her to Portsmouth City Dog Kennel. There, she was scanned for a microchip and later reunited with a delighted and stunned owner.

Snowy suffered from obesity and ear infections, but both illnesses are treatable and the pet is expected to be back to complete health soon.

In 2010, Snowy was scheduled for cataract surgery to fix her poor eyesight before she went missing, and when Smith picked her up from the kennel, she worried her long lost friend would not recognize her. However, as soon as the dog was close to home, she recognized the area and got really excited. Smith knew then her dog never forgot who she belonged to or where she lived.

Even though Smith had lost all hope to finding her pet, it was the dog’s microchip that made the reunion possible. It took longer than expected to find Snowy, but in the end, the dog is back were she belongs.