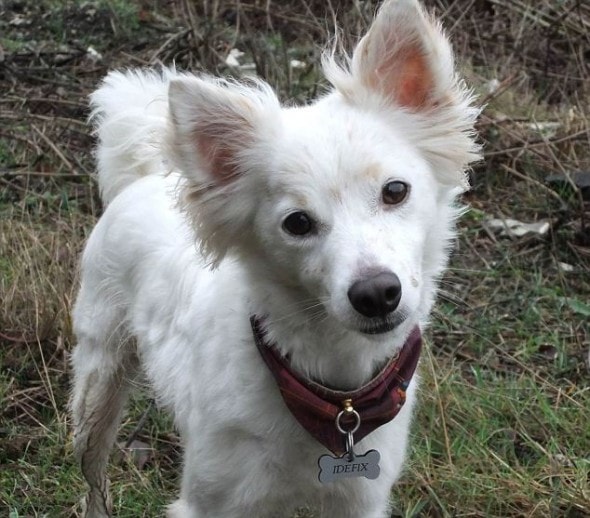 Narcolepsy can be an extremely debilitating condition, causing it’s sufferers to fall asleep at very inopportune times, without control.  Thanks to Idefix, a dog that has been specially trained to wake up her owner Annick, life has begun again.  Annick has dealt with being narcoleptic for many years and until now has been unable to carry out tasks that seem routine and easy to most people, like cooking dinner.  For someone who falls asleep without control, using a stove can be deadly.

Her five year old mongrel named Idefix, after a cartoon character, has changed her life.  Idefix was trained by an animal charity called “Coeur a Coeur”, which trains hearing-assistant dogs who are selected for their interest in sounds.  She responds to sounds like a cell phone, alarm clock, and oven timer, and will gently nip at Annick’s ankles and ears until she wakes up.

Dr Olivier Le Bon from Tivoli Hospital in La Louvière, who came up with the novel solution said  “Annick couldn’t do simple routine tasks such as ironing or cooking because it was too dangerous if she fell asleep.”  Idefix is the first dog to be used in this capacity but hopefully there will be more as she has changed Annick’s life tremendously.  She said “I had been handicapped by my condition for many years and now I feel like I have been given a second life.”

The training took about a year, but Idefix took to  it right away and has also learned to wake her up at the next tram or subway stop, so now she is on time for work and appointments, can cook for herself, and has gained a new independence she was not sure was possible.  Couer a couer will be training more dogs for people with narcolepsy since this trial was such a success.