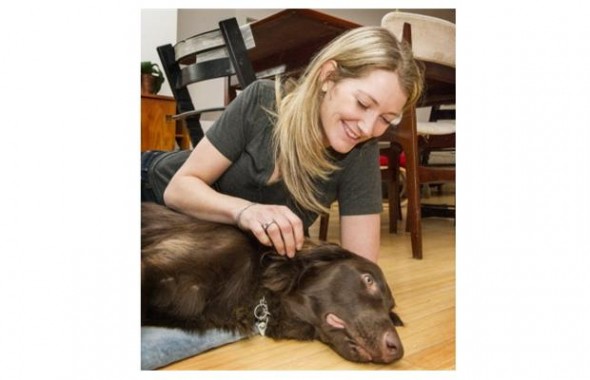 On Tuesday afternoon an employee of Creature Comforts dog walking company in East Vancouver was dropping off a pooch at it’s home when a man jumped into the truck and sped away, nearly hitting the employee and taking several dogs with him in the truck.  Fortunately the dogs have been recovered, as well as the truck, but police are still searching for the culprit.

There were 4 dogs on board at the time of the incident, including Friday, the flat coat retriever owned by Amy Vilis, the owner of Creature Comforts.  Two of the dogs were found soon after, close to where the truck was taken.  The other 2 have since been found near the abandoned truck in Agassiz and reunited with their owners.  But for Vilis, it was a long and stressful night of frantic searching.

Vilis does carry liability insurance in case the unthinkable happens, “If something did happen and the owners wanted to sue me, I would happily hand over every bit of money they wanted,”  she said.  Well established, larger dog care companies do tend to be prepared for these situations says James Woller, owner of Release the Hounds. “A larger company will have a lot more options,” Mr. Woller said. “For instance, if a bad scenario arises, they most likely would have more tools to deal with it.”

Woller says his company has protocols in place ready to deal with any emergency.  He stresses that it is important to ask questions when hiring a service to look after your dog, to ensure that staff are trained to deal with the unexpected.  Vilis says all staff will now be required to lock the doors and take the keys with them, no matter how short the stop.  Anyone with information about Tuesday’s incident is asked to call the Vancouver Police Department.