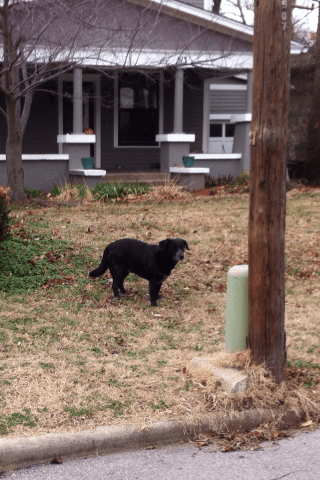 A stray dog in Fayetteville, Arkansas has managed to avoid capture for five years, evading animal services in 92 attempts. The dog that has become to be known as Lucky Black Dog is infamous in the city.

Animal services have tried about every option they can think of to capture the elusive stray. They’ve even used a tranquilizer dart, but Lucky Black Dog still managed to get away

“It’s very frustrating, because we’re hired to do a job and that job is to pick up loose animals,” said Tony Rankin with Fayetteville Animal Services. “It’s part of that job, anyway. When you feel that you can’t fulfill those job requirements, you feel like you haven’t gotten your job done.”

Many in the city feel Lucky Black Dog has become to brazen and although he appears to like his freedom he needs to come off the streets. The city is divided though, and many others feel he should be left alone.

“It doesn’t appear to want a home,” said Jan Ragland.

Animal Services will continue to try to capture Lucky Black Dog, and they hope to have a foster family lined up for him if they are able to catch him.