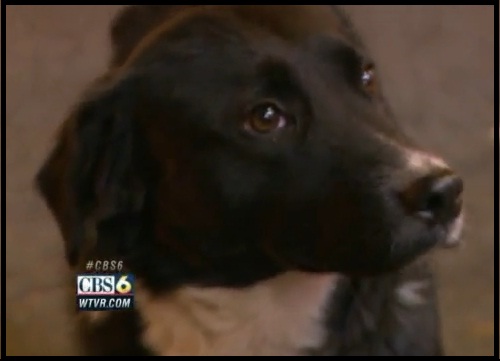 Ocean Grocery in the historic district of Church Hill in Richmond, Virginia is not your typical convenience store.  This store is special because it has someone to walk patrons home at night – a Border Collie called Midnight.

Midnight is a stray dog that has been frequenting the store since he was a puppy.  Customer Dale Jackson said she’s known him for about 16 years.  Janice says he is a special dog, who has saved her life on two separate occasions.

According to Janice, she was in the store and, “got some ice, came back and fell on the floor and foam was coming out of my mouth.”

Shop clerk Ali Mohamed added, “She just fell down.  I was like, ‘what’s going on?’  She had a seizure.”

He called the paramedics, but in the meantime, Midnight went to work.

“That right there was what saved me,” Janice said, pointing to her guardian angel.  “Midnight!  He licked me twice and brought me back to life.”

Janice suffered another seizure in her back yard, and once again, Midnight came to her rescue.

“He licked me again,” she said, laughing.

Ali is not always his biggest fan, though.

“I see him every day,” he said, smiling. “Sometimes he gives me a hard time.  He goes inside the store, he runs around and I have to chase him and all that stuff.  He makes me crazy.” 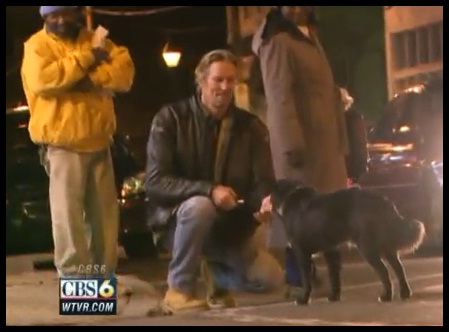 Border Collies, the Lassie dogs, are known for their herding and protective instincts.  Not having anywhere but a street corner to call
home, Midnight has adopted the Ocean Grocery customers as his own family, and looks out for them.

“He’ll walk me down to the corner down there and make sure I get home,” said customer Dee.  “I really don’t like dogs, but he’s on the money.”

“Everybody thinks we’re just a bunch of drunks just hanging around,” said William “Shorty” Monroe, another regular.  “But it’s not like that.  We’re a family out here.”

When asked who feeds Midnight, the crowd responded in unison, “Everybody!”