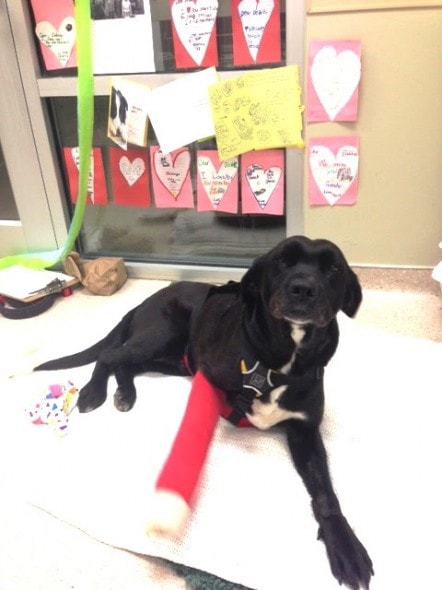 A stray dog that spent seven years walking children to school has finally found a loving home after she was injured by a truck last month.

Debbie, a black Lab mix, was first seen by Benavides Heights Elementary School students seven years ago when she was just a puppy. Each day she came back to the school and spent time with the kids. She would walk them to and from school and play with them at recess. Staff gave her food and water and even vaccinations. She is known and loved by many children in Eagle Pass, Texas.

“We’re talking about kids now who are already in junior high or high school and have known Debbie all of the years that have passed,” said Ronald Zawacki-Maldonado, a literary specialist at the school.

Ronald had tried to get her to come home with her but she would run off whenever he opened his car door to take her home.

In January, Ronald was driving into work when he spotted a group of students standing around something. That something was Debbie; she had been hit by a pick-up truck and was badly injured.

Her spine was broken and part of her skin on her front right leg had been ripped off. Ronald took her to a veterinarian, but she would need specialized care. So he took her to San Antonio to the South Texas Veterinary Specialists.

Debbie has undergone treatment and rehab and is able to walk again. She will need further physical therapy, but on Thursday she was finally able to leave the clinic.

“She’s been quite a trooper considering the injuries she’s had,” said Dr. Sarah Israel.

When Debbie left the clinic she went home with Ronald. 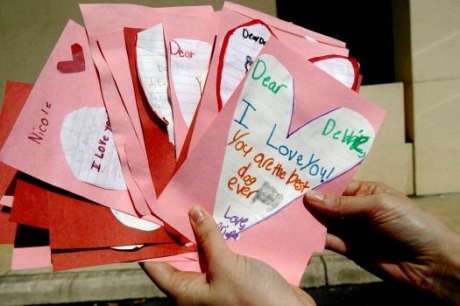