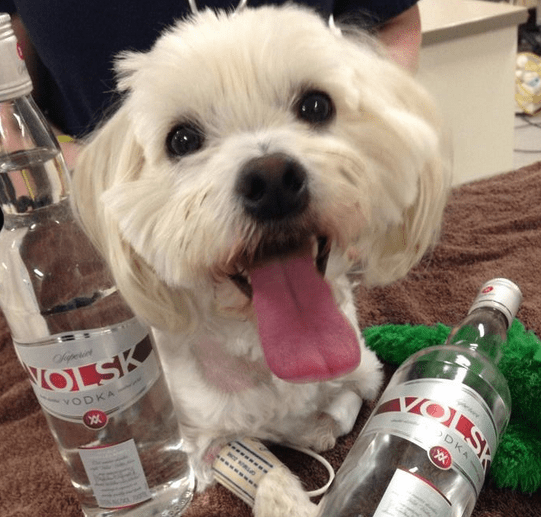 When Charlie was brought to an emergency animal clinic in Melbourne, Australia he was in serious danger. The Maltese terrier had ingested some anti-freeze from the floor of his owner’s garage and there was a serious chance the he could die. His life was saved with the help of vodka.

When Charlie arrived at the emergency clinic they realized he was suffering from Ethylene Glycol poisoning. Only a couple licks of anti-freeze is dangerous for pets and if left causes the kidneys to fail.  The quick thinking veterinarians turned to the only solution they had to save Charlie, vodka.

“In Australia, the only antidote we have is alcohol,” Animal Accident & Emergency, the clinic that treated Charlie, wrote on their blog. “Alcohol alters the chemical reaction and stops the kidney failure from occurring.”

Veterinarians placed a tube through his nose and into his stomach. For 48 hours he was administered doses of alcohol.

“He just slept and slept and slept,” said Charlie’s owner Jacinta Rosewarne. “He was definitely drunk. He was stumbling around, I’d got to pat him and he’d push me away like a normal drunk person, he was vomiting a little, whining like a drunk.”

Although Charlie suffered a bit of a hangover from all the alcohol his kidneys did not go into failure and his life was saved.