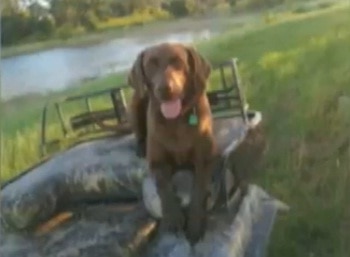 A man in Texas is offering a $50,000 reward for the safe return of his missing dog, Sir.  Warren resident Charlie Parker is willing to sell his home to offer the huge reward for his beloved five-year-old chocolate Labrador retriever.

Sir, who was always by Parker’s side, mysteriously went missing on September 15.  Parker has been devastated by the loss of his best friend.  He and his wife have no children and say Sir is like a child to them.  They have fliers posted at local businesses, but there has been no trace of the dog so far. 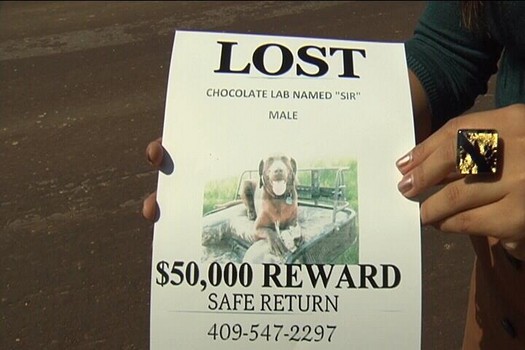