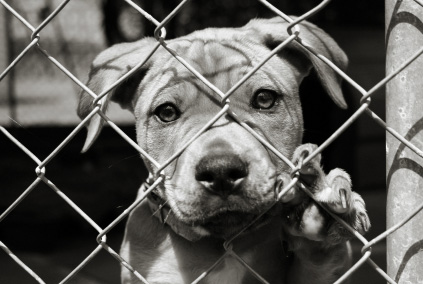 Euthanasia by gas chamber may soon be illegal in Texas animal shelters after a unanimous vote by senators on March 28th.  Senate Bill 360 will now go to the House of Representatives for deliberation.

Over 100,000 animals are put to death each year in Texas shelters alone, but now the Lone Star State may join 20 (or 21 – could not get a definite number) other states in the US that have banned the archaic, inhumane practice.

“Killing dogs and cats with carbon monoxide is cruel, expensive and dangerous,” said Senator Kirk Watson, the Austin democrat who authored the act.

Euthanasia by injection (EBI) is the only method approved by The Association of Shelter Veterinarians.  They say carbon monoxide can trigger areas in the brain that lead to convulsions and can delay unconsciousness and death.

“Virtually every national sheltering agency and veterinarian association agrees that euthanasia by injection is the preferred and humane method for shelter euthanasia,” Watson said in his statement.  “The use of carbon monoxide gas is now outdated and should be eliminated.”

A witness to gas chamber euthanasia in 1988 had this to say:

“Two of the employees began pulling and tugging larger dogs toward the chamber — this, in itself, was savage. The eyes of the dogs were full of fear as they were shoved into a large cylinder with another six dogs, all types. Next, five puppies were placed in the chamber.

Noise. Yelling. Fighting. All scared, they shivered again and again,
their eyes huge, their nostrils flaring. They were completely
bewildered. One dog in the chamber, a male chow mix about one year old, started snapping at the puppies. All the dogs and puppies were in a desperate struggle, and the gassing had yet to begin.” 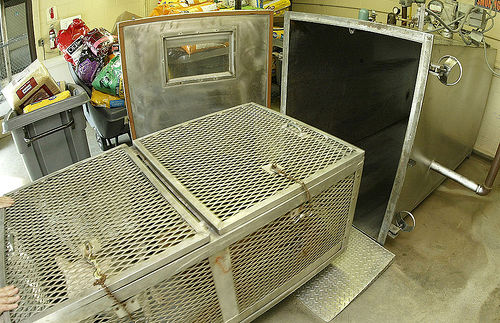 “Then a button was pushed, and the two employees walked away as the chamber machine began pumping out streams of carbon monoxide. The little puppies started to paw at the glass window. After one full minute they started to whine and then produced a piercing squeal. Then the larger dogs started a high, mournful wailing, then a deeper howl that rose in great desperation for 45 seconds.

That morning of my witness, the time from inception of hell for the
dogs and puppies, to the completion of their cries of desperation, was between two and six minutes.”

This is heart-wrenching scenario is one that plays out for thousands of animals every day.  The only way to bring this to an end is for animal lovers to get vocal – call shelters in your area to find out how they euthanize animals.  If they use gas chambers, politely urge them to switch to EBI (remind them this is a cheaper alternative, anyway).  Call and write to local politicians; educate them about how inhumane this antediluvian procedure is and that you want to see an end to it.  Call upon friends and neighbors for community meetings to discuss the issue and have legislation passed to ban it.