Have you ever wished that your dog could talk to you? I’m sure, like millions of others, myself included, that you have. Well, I have good news for you, dogs do “talk” to us, and they do it a lot. There are 2 forms of communication, verbal and non-verbal. We are constantly communicating to our dogs, whether we know it or not, through non-verbal communication (body language). Humans mainly communicate verbally. 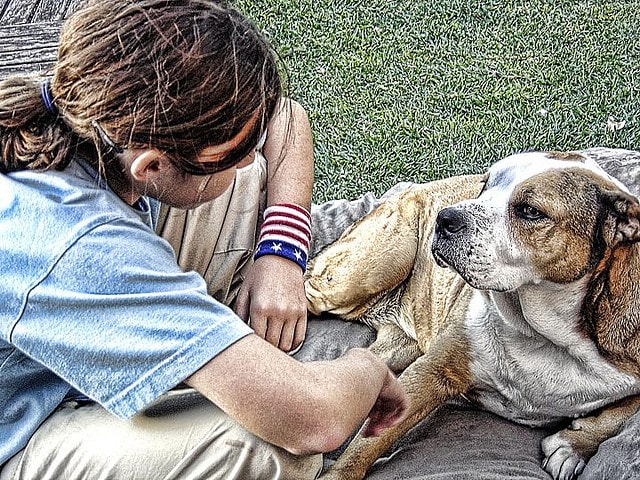 When interpreting what a dog is saying it is a MUST to take context into account. A dog can display the same body language in 2 different situations and she is not saying the same thing, even though it may look like she is. Context is everything when interpreting what your dog is trying to tell you. The body parts you need to pay attention to include the mouth, eyes, ears, position of the head, whether the body is stiff vs relaxed, hair along the top of the back (piloerection), and the tail.

All of these must be looked at together. For example, a dog that has his ears up and forward could be curious or be in a heightened state of attention and on the verge of aggressive behavior. It depends on what the rest of her body is doing. I will start at the head and work my way back. Remember, one body part will not give you a truly accurate assessment of what your dog is saying without looking at all the parts as a whole and without considering the context in which the signals are given.

Remember, and this is PARAMOUNT, when interpreting a dogs’ behavior, context is EVERYTHING. All of the surroundings must be considered and, in many cases, tiny details of the surroundings must be considered. Also, look at the entire dog. If you make a decision as to what your dog is saying, it should always be followed by “because his mouth was X, his eyes were X, his ears where X, his body was X, and his tail was X,” not just because of one or two of these. Happy conversing!

The drawings below are from “How to Speak Dog” by Stanley Coren.