Bruschi is a 4 year old black and white Boston Terrier who lives with his owner, Victoria Reed, and her other Boston Terrier, Toby. He currently holds the Guinness World Record for “dog with the largest eyes” – measured by a vet to be 28mm in diameter. 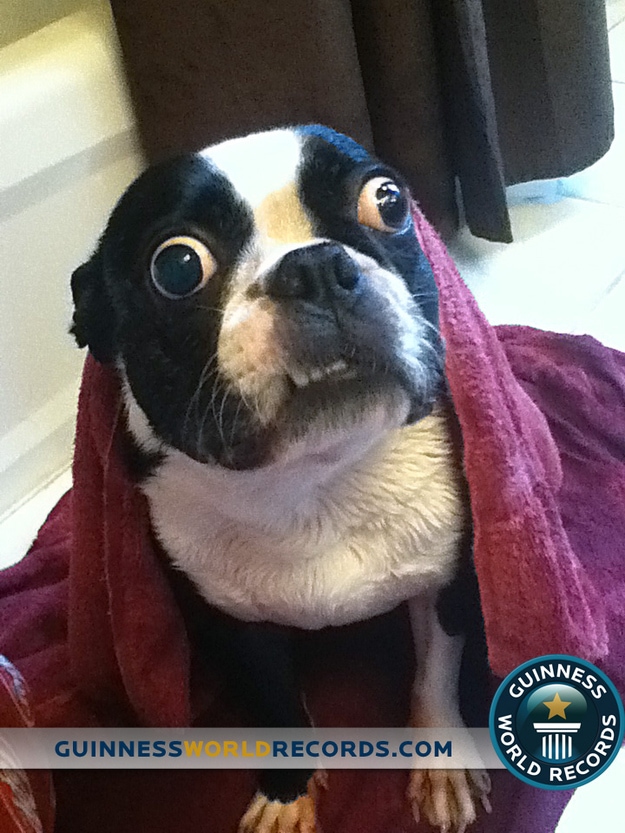 Victoria didn’t really notice Bruschi’s unusually large eyes at first – but after friends, family, and even his vet commented on how large they are, she made an application for a Guinness World Records title on his behalf – which quickly led to the title he now holds. 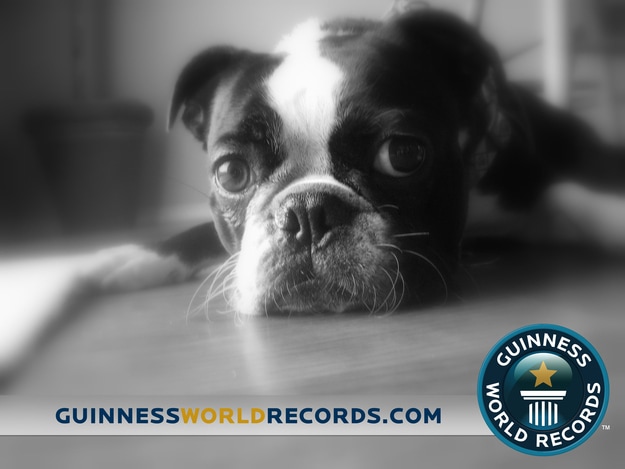 Bruschi was adopted from a shelter in August 2009. Abused by his previous owner, he is safe and happy in his new home with Victoria. 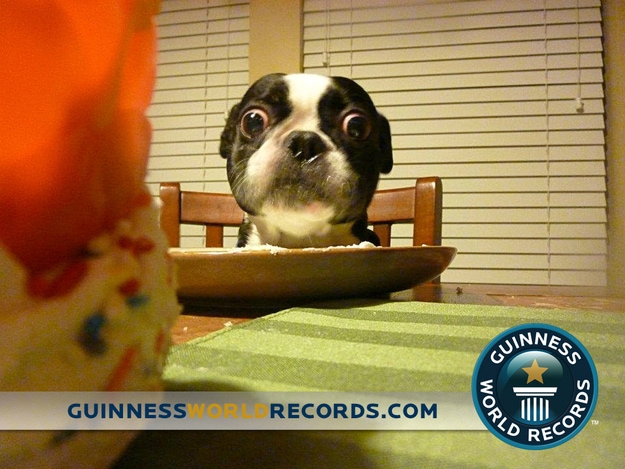 25 thoughts on “The Dog With The World’s Largest Eyes”