OK, so not EVERY dog is a huge fan of rides in a car or truck, but for the most part, just about every dog we know is a fan.  Most of the time, it’s darn near impossible to keep your dog from hanging out the window, taking in every view and smell they possibly can.  Well, if you’ve ever wondered why your dog seems to love rides so much, here’s a bit of the science behind what’s going on, shared by Car and Driver Magazine’s website. 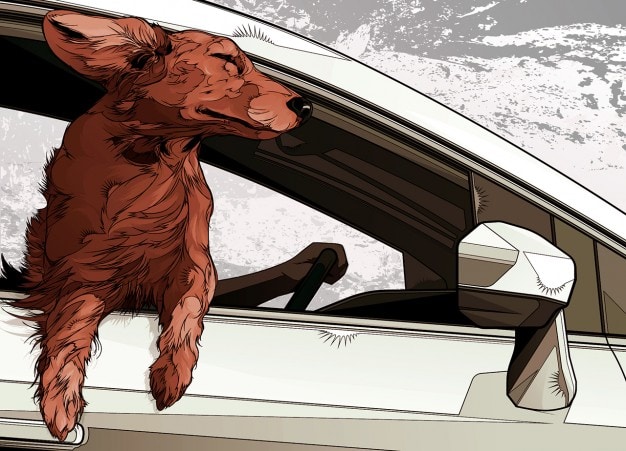 Alabama, this author’s husky, will jump into a truck bed before the tailgate is even down. Another staffer’s Newfie dances around as if her paws were in a frying pan and runs in circles when she hears the word “ride.” Only dogs seem to love cars as much as humans. There’s little (or no) science investigating why, so we invited the experts to speculate.

Dogs experience the world more through scent than sight. Where a human’s nose has up to 5 million olfactory receptors, a dog’s can have up to 300 million. No wonder they like to stick their snoots out the window and into the wind. “I’m not sure they’re getting a high, per se,” says Dr. Melissa Bain, a veterinarian at the University of California, Davis, who researches animal behavior and welfare. “But they are getting a lot of input at higher speed.”

Dr. Brian Hare, associate professor of evolutionary anthropology at Duke University and the founder of the Duke Canine Cognition Center, says the wind blast may be a sort of sensory overload. “It’s the equivalent of watching an incredible movie or reading the latest issue of Car and Driver,” he says (with a little coaching). “There’s so much information they’re taking in, it’s just ‘Whoa.’ Then again, the simpler explanation could be that it just feels good. And it could also be both.”

The breeze is just part of it, he says. “In most places where you find wolves today, they have to range pretty far. They’ve evolved to go places. They likely enjoy going places. It’s not going to do much good if you’re selected to not enjoy that thing you need to do to survive.” Hare says it’s possible dogs know the car is going somewhere, “a new place to explore, and there might be other dogs there.” At the very least, he says, “dogs associate the car with a good outcome: ‘When I get in this thing, good things happen.’ At the most they understand that they’re going somewhere.” Of course, not all dogs are the same, and our dogs would add: “Yeah, sure, doc, but what happened to my balls?”

Most of all, he says, dogs are pack animals, social animals. But domestication has tweaked the formula. “If you give dogs a choice between being with a person or with other dogs, dogs prefer to be with ­people,” Hare says. “They’re the most successful mammals besides humans in the history of the planet,” he continues. “The trust bond with humans has been a huge boon to the domesticated wolves who live with us. Dogs have evolved to be geniuses at taking advantage of the human tool.” It’s dogs’ desire to be with us that makes them eager driving companions. “My guess is that they wouldn’t necessarily enjoy riding in an autonomous car,” says Hare. In other words, dogs love cars because they love us. There’s no accounting for taste.