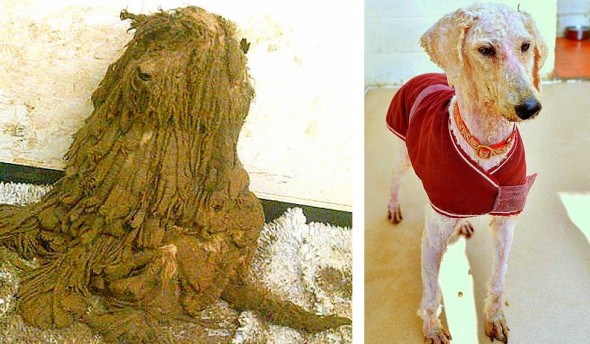 Nine extremely filthy and matted dogs have been rescued after being abandoned on a road in the UK.  It took rescuers nearly 30 hours to shave the dogs, which have now been determined to be poodles.  Officers are currently on the hunt for their former owner.

A mother and her eight adult puppies, caked in mud and very uncomfortable, were found wandering on a dirt road in Winchester, UK.  Their matts were so thick they couldn’t see, and so heavy they could barely stand, let alone walk. 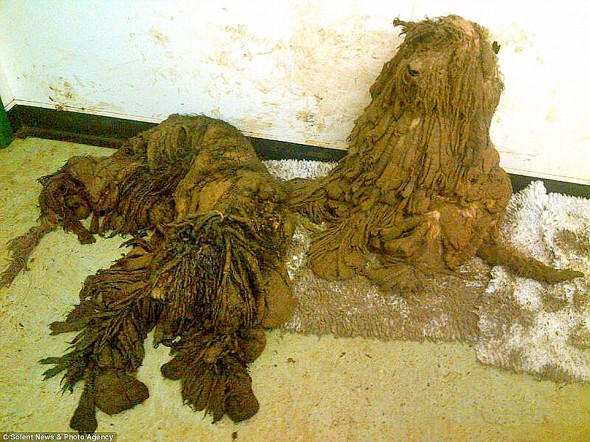 The dogs were afraid to be touched, which may be the result of their having been beaten, or else because their fur caused their skin to be painful to the touch.

“They were terrified. The standard poodle of this size weighs about 25 kilograms (55 pounds) and when we clipped their coat the fur weighed 12 kilograms (26 pounds),” said Dave Griffiths, Winchester City Council’s senior animal welfare officer. 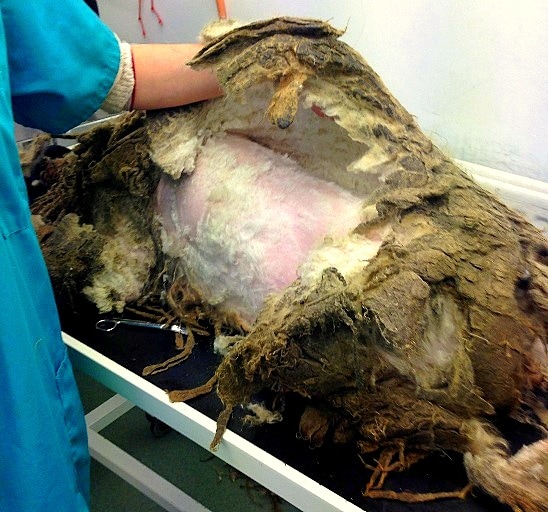 “I couldn’t tell if they were sheep or dogs. You couldn’t see their faces,” said Matt Southcott, one of the residents who reported seeing the dogs on his way in to work and pulled two of them from some brambles.  “They looked so badly matted and injured. I have never seen an animal in that state.”

The mother has been named Sian, and her pups are being called Dave, Fay, Justin, Kate, Wills, Maria, Martha, and Mavis. 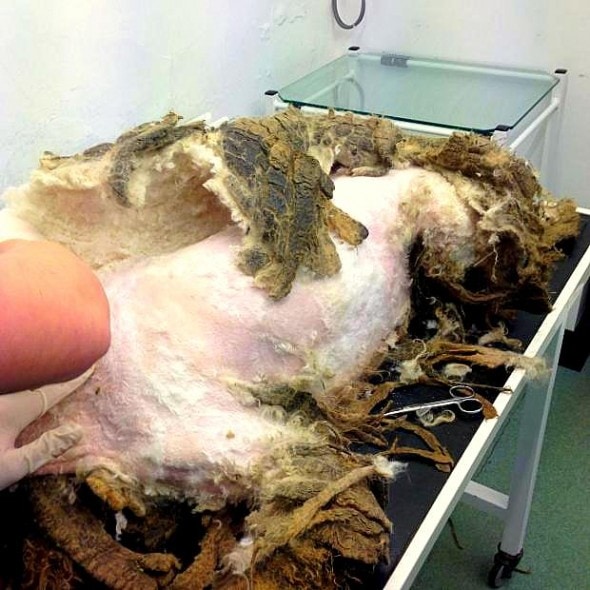 They were brought to Cedar Vetenary Group in Alresford to be treated.  Veterinarian Martha Edwards says Sian had to be sedated to have her matts removed.

“She had stones trapped between her paw pads which had obviously been there for some time.  It is disgusting.  I have never seen a dog in this condition before,” she said. 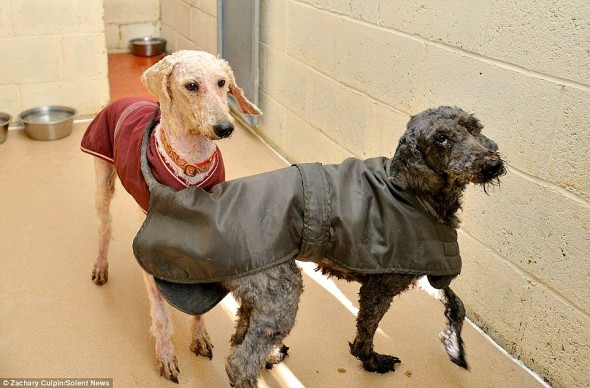 The dogs are currently being housed at a Hampshire Kennels.  It took three hours to shave each one.  They were only about half of their ideal weight, and their fur weighed as much as they did.

An animal welfare expert said it was probable that the dogs had been kept in “unlivable” conditions for their whole lives before being dumped “with no concern for their welfare.” 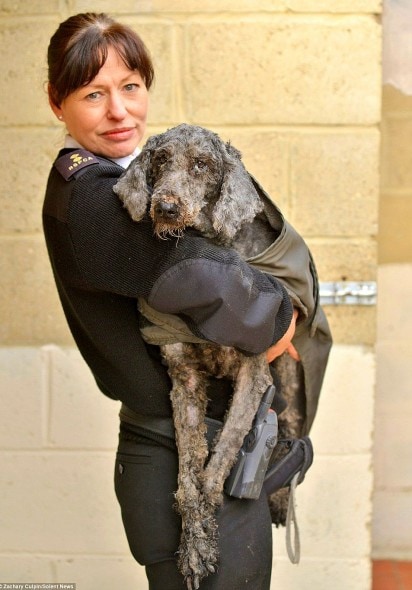 The police, RSPCA, and council chiefs are conducting an investigation to find the delinquent owner.

“The dogs were abandoned on Tuesday evening,” said a council spokesman.  “We are keen to hear from anyone who heard or saw anything. All the dogs belong to the same litter and we believe there was just one owner.”

“We would ask anyone with any information about these dogs to call our inspectorate line on 0300 123 8018,” said an RSPCA spokesman. 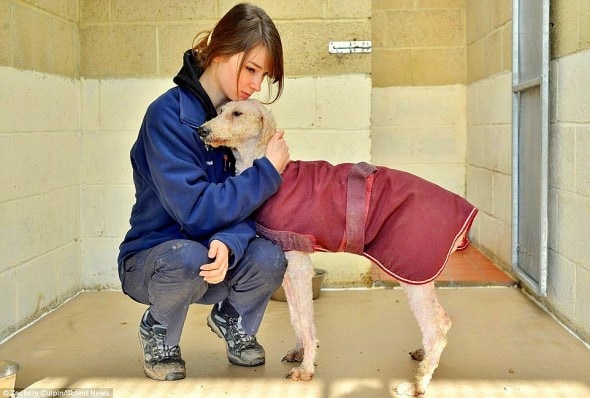