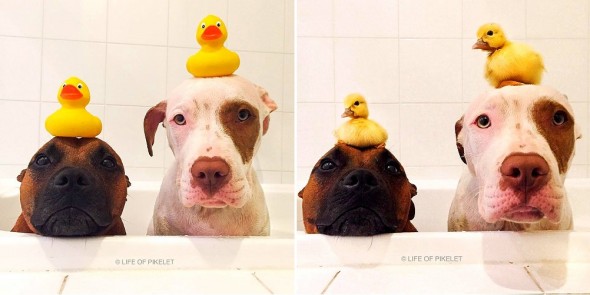 Rescue dogs Patty Cakes and Pikelet would graciously pose for photos with rubber duckies, but before long, they could no longer be satisfied with toys.  Their undiscovered dream of having their own real ducks came true when their parents decided to foster a pair of fuzzy ducklings, and now they could not be more in love. 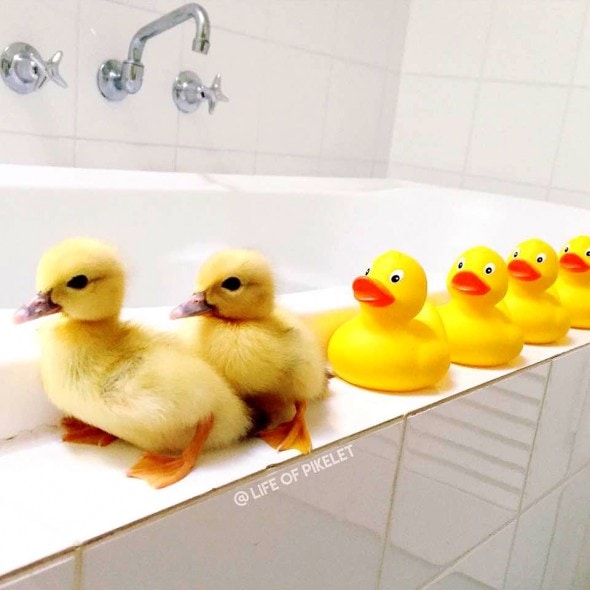 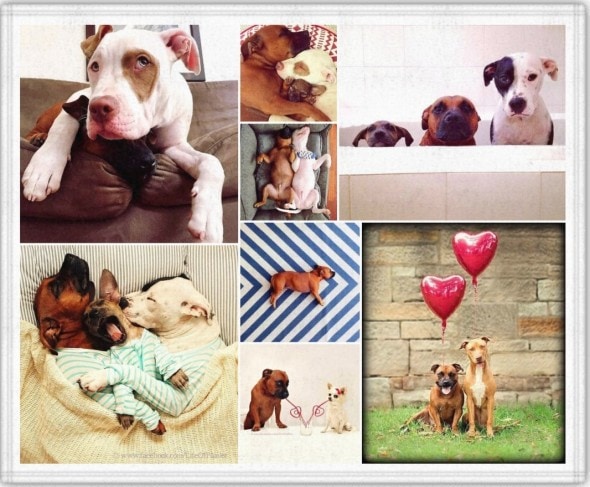 “At approx 5-6 weeks old Pikelet was saved from a council pound on death row in poor health with deformed legs and a curved spine. Big Dog Rescue (based in NSW, Australia) rescued and placed Pikelet into foster care where one month later after lots of tender loving care he was adopted by his lucky foster parents.

“Since his adoption on the 4th of July 2013, word spread quickly that Pikelet, a once stray puppy who found himself on death row, had now found his calling as Australia’s most supreme big foster Brother to needy homeless rescue puppies and a voice for those dumped, abandoned or awaiting their fate at council pounds and shelters.” 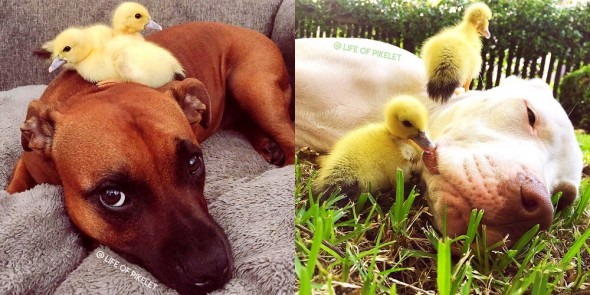 He adores his big little brother, Patty Cakes, and the slew of foster siblings they’ve had.  But as of late, their most cherished are the little ducklings, Penguin and Popinjay.  Seeing how attached the brothers had become to them, their ma and pa realized that they had to adopt them.

The family took them in from the Wollongong Animal Rescue Network, and Pikey and Patty immediately took a shine to the motherless duckies.  Patty especially understood their need for nurturing, and has completely absorbed himself in the role of nanny to them, diligently watching over them as they settle down for the night in the bathtub. 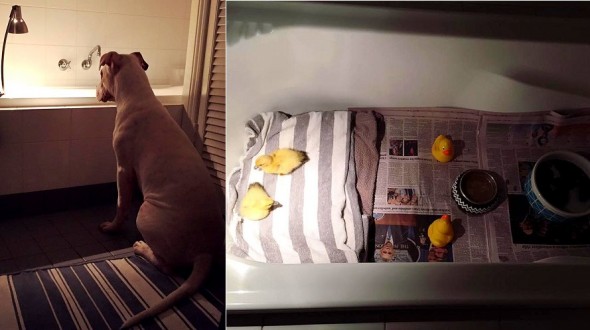 But as always, Pikelet has been a patient and loving guardian to his new wards, even letting them nibble on his ears.  He’s had lots of little critters around over the years, so love bites are just par for the course. 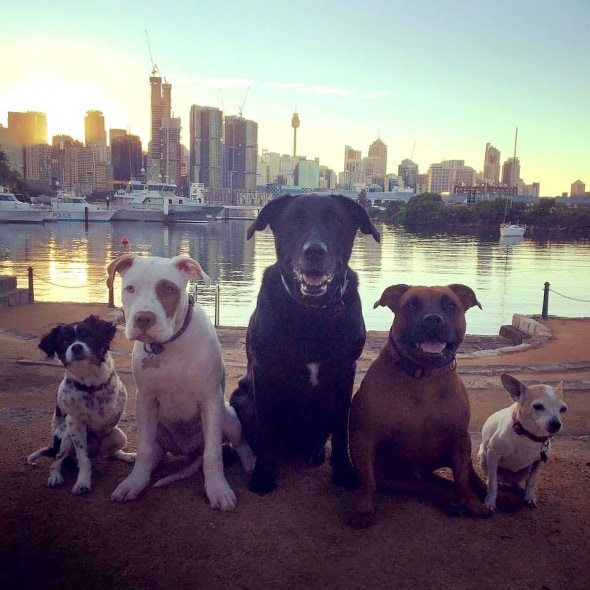 Patty Cakes strikes a serious pose for photos, but he isn’t always so solemn!

#duckletcamspam is back!Ma & Pa would very much like to thank our neighbours (Pudding’s family) for generously…

Patience of a saint, this one…