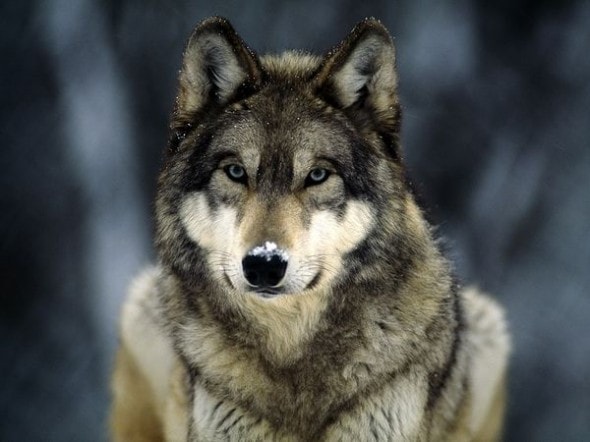 Wolves have only recently been removed from the Endangered Species List, and they are already almost back to being slaughtered as they were up until 1974.  Dog lovers are always angered when they hear stories of dogs being abused, neglected and unjustly murdered.  Hunters are allowed to use barbaric foot traps on wolves, so why isn’t there the same public outcry for dogs’ nearest relatives?

It is understandable that wolves are dangerous, and should not be allowed to venture too near cities.  Farmers must shoot wolves that pose a threat to their livestock and families, but what other reason is there to hunt wolves?  They are not hunted for their meat.  They are hunted for their fur, their pelts.  Their dead carcasses are seen as trophies, and they are posed for photos with their “victors.”

These beautiful creatures are often caught in foot traps, where they remain for hours and days in agonizing pain until they are shot to death.  One group aims to eliminate this sadistic practice.

The Keep Michigan Wolves Protected Coalition met recently to discuss their campaign to abolish wolf trapping.  They launched the campaign in response to Governor Rick Snyder’s signing of the bill into law that considers the Michigan gray wolf to be a game species.  The coalition formed a petition, and must obtain 225,000 signatures of Michigan voters in the next two-and-a-half months  to put a statewide question on the 2014 ballot.  Constituents would be able to vote on whether or not to even allow a wolf hunting season.  The wolf population in Michigan is nearing 700, but how long will it be before they are endangered again?

Supporters of wolf hunting say that wolves thin out deer herds, but isn’t deer being overpopulated the reason that hunters hunt them?  Are they frustrated by more natural competition?  But KMWP members say wolf hunting is about one thing:

“Trophy hunting,” said Jill Fritz, the Michigan state director for the Humane Society of the United States.  “Pure and simple, I think it’s about wanting to kill a wolf, get a trophy and get that pelt.” 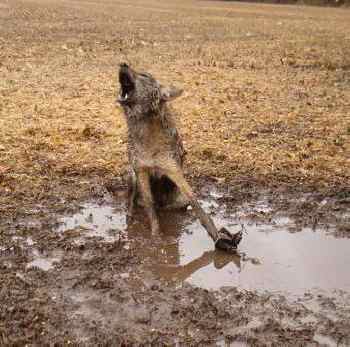 A Montana judge recently issued an injunction which allows wolf hunting and trapping to continue outside of Yellowstone Park.  In this season alone, 156 wolves have been killed in Montana, including 52 by trap.  The House-backed measure also allows hunters to buy multiple tags, non-resident tags have been reduced from $350 to $50, electronic wolf calls are allowed, and now eliminated is the requirement that hunters wear fluorescent orange for wolf hunting season.

It has only been two years since wolves came off the endangered species list, but there are already concerns about the number becoming too high.  Wolves do not have out of control breeding seasons.  In each pack, usually only the alpha male and female are allowed to breed, and often only one or two pups survive. The “ideal” number of wolves is 450.  Why?  Why do humans need to control the populations instead of letting nature take care of itself?

Washington state is at least proposing a fair compromise – wolves are welcome to expand their territories into this area.  Officials would like a healthy balance of wolves, but will not let all wolves be hunted or all wolves protected.  At least nonlethal methods of preventing wolves from killing livestock are being explored, according to Donny Martorello of the Washington Fish and Wildlife Department.

“This kind of growth is phenomenal in wildlife populations.  But the one other place you see it is in the other states involved in wolf reintroduction,” Martorello said.
“I wish this state good luck,” said Carter Niemeyer, retired federal wolf specialist and author of the book “Wolfer.”  “Washington and Oregon are unique.  There are a lot of people on the West Side who want more wolves while people on the East Side have already had enough.  But reasonable people can find a solution.”

Their position on wolf trapping was unknown.  Whether people are for or against wolf population control, they should at least be considering their methods.  If they wouldn’t let their dog become ensnared in a foot trap, why would they allow that painful fate for any animal?

4 thoughts on “They are Dogs’ Ancestors, So Why is there No Support for Wolves?”