Toronto’s city council has permanently banned the sale of dogs and cats in pet stores. 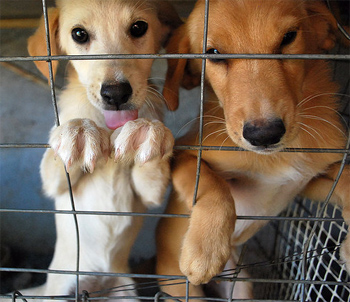 Councilman Glenn De Baeremaeker proposed the legislation in May of this year in an attempt to put a dent in the demand for puppy mill dogs. “You can no longer buy dogs in a pet store,” De Baeremaeker told reporters. “Animal cruelty has to stop,” he added.

The same council had previously passed a law that restricted pet shops to selling kittens and puppies from shelters. After further consideration, they’ve decided to take things a step further, and now no dogs or cats will be offered for sale in the city’s pet stores.

Pet store owners will now be allowed to take in shelter or rescue dogs and adopt them out. Opponents of the law suggest that pet buyers will simply drive to other cities to find the dog or cat of their choosing.

6 thoughts on “Toronto Bans Retail Sales of Cats and Dogs”