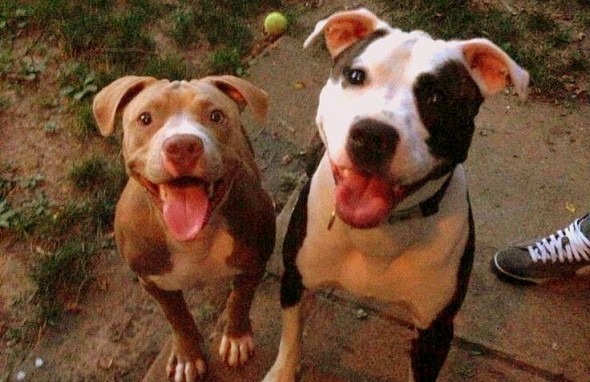 Pit bull lovers in Canton, Michigan and Bonner Springs, Kansas can celebrate, because breed specific legislation has been overturned in their towns thanks to dog lovers who lobbied for the right to keep their families together.

Jessica and Marcin Kowalewski fought on behalf of their pit bulldog mix, Loki, who they call “a 100-pound puppy.”

“It’s great to see that a community such as Canton takes two people who live here very seriously and that average residents can make a change,” Marcin said. 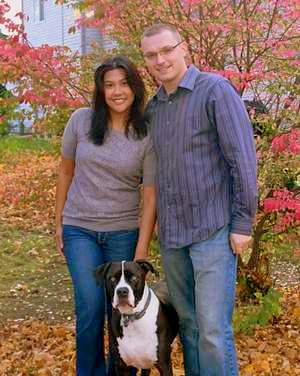 The seven-member Canton Township Board of Trustees voted to lift their bully ban because of the Kowalewskis’ persistent efforts.

Supervisor Phil LaJoy said the legislation now defines a vicious dog “based on the actions of the animal rather than due to a believed predisposition” of violence in certain breeds.

Jessica commended local officials for their amendment to the law.

“I’m still kind of shell-shocked,” she said. “It all boiled down to one line (in the ordinance).”

Debi Baker spent nine long months crusading against Bonner Springs for her pit bull, Titan. He got out and was caught by animal control, who informed Debi that her dog was banned.

Titan spent seven months locked up in a shelter a half hour away, which Debi visited frequently. She lobbied city council members, persuading them to see that a dangerous dog law was more practical than discriminatorily banning entire breeds. 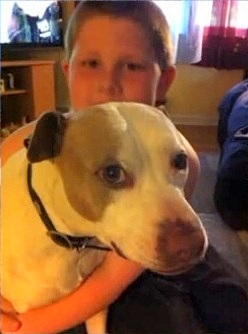 “If you could meet Titan, if you could see him, of course he’s just one in a million,” she said. “He’s just the sweetest dog you’d ever come in contact with. Not violent. He grins, he actually grins. He’s just a normal family animal you want to have. Just because he’s a Staffordshire terrier there’s this big, ‘Oh, we can’t have that breed around,’ when he is not dangerous.”

The Humane Society of Kansas City saluted Bonner Springs for the change, hopefully stating that it should now be easier to adopt out friendly, snuggly pit bulls to good homes.

Debi believes her actions may help spark a similar change in nearby communities.