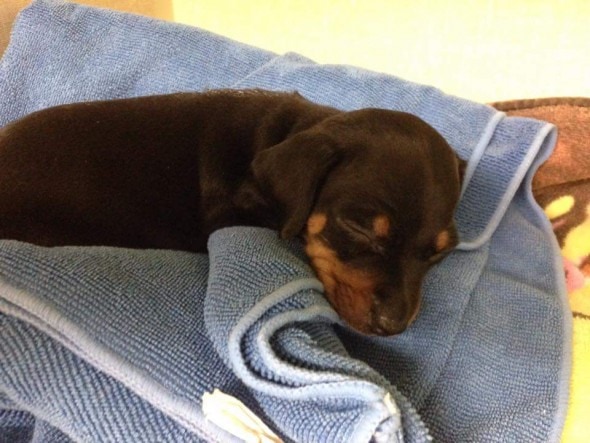 Two women in Catoosa, Oklahoma have been arrested for leaving a puppy locked in a car in a casino parking ramp.  Faith and Kandice Williams were in the Hard Rock Casino when police broke into their car to rescue the dog.

Police say they responded to a call from casino maintenance crews.  The call came in at about 1 p.m. according to the report.  The complaint stated that the dog had been trapped in there for more than two hours before police were called to the scene.

Casino security called the police when they had gotten into the locked car without busting out a window.  The overheating pup was then taken by staff to the front of the casino.  Caring staff gave the dog water, and tried to cool him down.

The police took the puppy to the Catoosa Animal Hospital.  There was a full medical workup done on him, and luckily, he was going to be just fine.  Medical staff at the hospital did note that there was the presence of fleas on the puppy, but nothing in any way to be concerned about.

The two women were arrested, and taken to Rogers County Jail.  Animal cruelty charges were filed against the two, and Faith Williams faces an additional charge of possession of Xanax.  During the arrest, she tried to hid the drugs which were not prescribed to her, in her body.

Police noted that temperatures in the car were up over 100 degrees Fahrenheit.  As we dog lovers all know, it only takes minutes for temperatures inside a completely closed car to become very dangerous for any animal trapped inside.  Staff at the animal hospital the puppy was taken wants to remind that even opening the windows slightly is not enough to prevent permanent medical damage done to your pets.