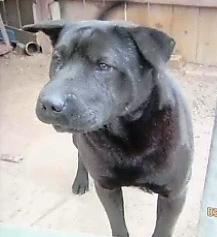 A Texas family is demanding answers after a local shelter erroneously euthanized their pet.

“You can just imagine, it was as if they had told me it was one of my children. Because they’re like your kids,” said Alma Gamez. Gamez is upset that her dog was put down by an area shelter after she had clearly claimed him as her own.

Thursday afternoon the 5 year old Shar Pei mix escaped the family’s back yard and was eventually picked up by animal control. Gamez visited their shelter Saturday and was thrilled to find her lost friend – but was not thrilled to learn that she could not take him home that day, because a fee had to be paid and she could not get funds until the following Monday. “They took me where he was. I saw him and wanted to take him but they told me no because I had to pay a fee.”

She told the shelter she would return Monday to pay the fee and retrieve her dog. But when she did return, it was too late – her beloved dog was dead. Gamez asked a shelter employee for an explanation. “He had told me that it was an error from the people who helped me because they didn’t place the hold tag on him,” Gamez explained.

In a conflicting statement, the shelter’s director said they did place a hold tag on the dog, and that the pet had chewed it off. He said incidents like these are extremely rare, but the Gamez family said rare or not, the bottom line is their beloved pet is gone.

Board members at the shelter are said to be investigating the incident.