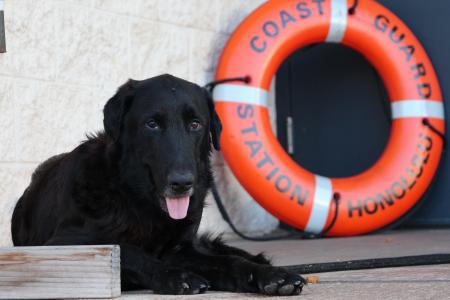 The U.S. Coast Guard came to the rescue of a blind dog found struggling to swim in the middle of Honolulu Harbor on Saturday.

The Coast Guard was then able to reunite the dog, named Blue, with his owner. Blue’s owner works at the fish research facility next to the Coast Guard station off Sand Island. It is not known how Blue ended up in the harbor, but Blue has poor eyesight which probably contributed to him falling into the harbor.