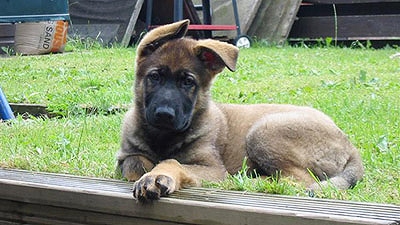 A six year old German Shepherd was killed in the line of duty in a tragic fall as he pursued burglars in Gateshead, Tyne and Wear. Baz was conducting a routine search for intruders at a building site when he fell from a roof.

Pc Gary Saunders, Baz’s handler since he was a puppy, said “The sudden and tragic death of my police dog Baz has been a devastating experience for me, my family and many close friends. It has been one of the worst things I’ve encountered in 26 years of policing. Baz was a fearless and faithful partner who has, with me, encountered numerous highly dangerous situations but has died doing what most police dog and handler teams consider to be routine operational work.” 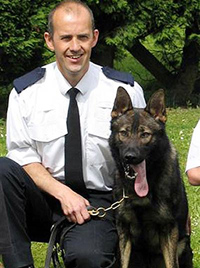 Baz joined the force in June 2005 and was promoted to firearms support dog in June 2007. His devastated handler said Baz was due to retire and his last day would have been the day after his accident.