It is hard to believe that someone would throw away a dog and the pet’s belongings in the trash, as if the four-legged friend was a useless piece of furniture. In Palma de Mallorca, Spain, someone did just that. A male black dog, believed to be a Yorkshire mix, was found inside a garbage container with his bed and all. 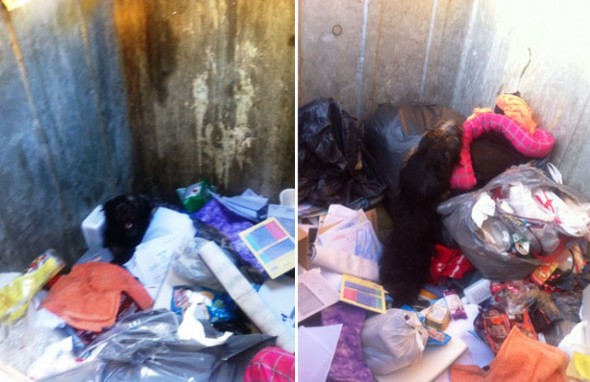 A local man was out walking his own dog and found the small pet inside the metal garbage bin. The scared pup was resting on top of the garbage.

The man took pictures and sent them to the local newspaper. He pulled the dog from the garbage and took him to a city shelter.

Police are investigating this animal abuse case and hope anyone with information regarding the dog or his previous owner and abuser comes forward.