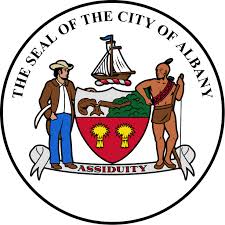 Demitri Jackson, Tedrick Jackson, William Burns and Otha Hopkins have all been indicted in connection with illegal interstate dogfighting.  Each are facing one count of conspiracy to travel in interstate commerce in aid of unlawful activities and to sponsor a dog in an animal fighting venue, and three counts of sponsoring and exhibiting a dog in an animal fighting venue according to the U.S. Department of Justice.

Justice officials say the defendants maintained and operated a dogfight gambling enterprise named the 229 Boys Kennels Inc. from April 2006 to April 2010.  They allegedly produced, promoted and participated in dog fights for profit throughout the Southeast, including Florida and Georgia.

In addition to these crimes they are charged with, they are also facing charges related to breeding and selling American pit bull terriers for the express purpose of fighting.

The court documents also state dogs unacceptable for fighting purposes were dispatched in a number of gruesome and inhumane ways.

The seven defendants were arrested on the 30th of April, 2014 through cooperative efforts from the Georgia Bureaus of Investigation, Sylvester and Americus Field Offices, the U.S. ATF, the U.S. Department of Agriculture Office of Inspector General, the U.S. Marshals and the Albany Police Department.

The press release states that the defendants face a max penalty of five years in prison and a fine of $250,000 or both.