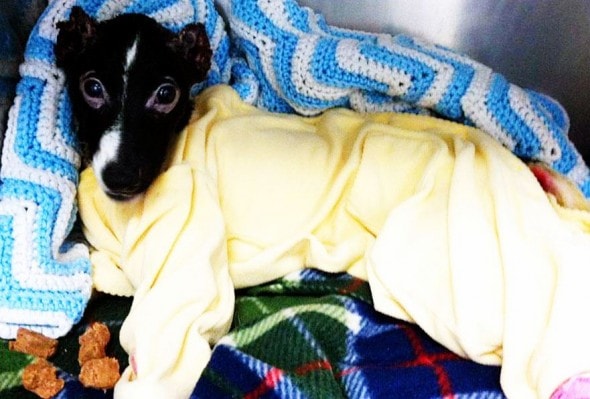 Police in Buffalo held a late-night press conference Tuesday to inform the public that two teenagers have been arrested for burning a Jack Russell puppy last month.  The dog was affectionately dubbed Phoenix after he fought for his life to rise from the ashes.

Nineteen-year-old Adell Zeigler and 17-year-old Diondre Brown, both from Buffalo, were arrested on Tuesday and arraigned in court this Wednesday morning.  Brown was remanded on $20,000 bail, and Zeigler was remanded without bail due to his prior felony.  He was on parole for robbery.

“This is a terrible act of cruelty,” stated Buffalo Mayor Byron Brown.  “One that should never happen at any time.”

Prosecutors say they have a very strong case against the offenders, who are rumored to have violent reputations.  They have been charged with aggravated cruelty to animals, which are defined as intentionally causing extreme physical pain to a companion animal, especially when carried out in an especially depraved or sadistic manner. 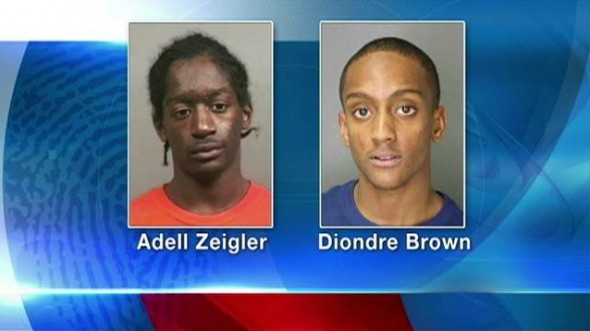 “Both made admissions to what they did,” said Buffalo Police Commissioner Daniel Derenda.  “They said they hung the dog about three feet in the air.  They doused him with lighter fluid and we’re not sure which one set him on fire.”

In a shocking turn of events, relatives of the teens, who are related, defended the pair.  Robin Lynette Brown, Diondre Brown’s maternal grandmother, claimed her grandson did not do this – only Zeigler, his uncle, is responsible.

“My grandson didn’t do it. His uncle did,” Ms. Brown explained.  “The only thing I know is that where Adell is there is trouble.  My grandson met him at a home for troubled youth back in 2006 and every time Adell has come around, something has come up missing.  The first time it was a pair of jeans, then a PlayStation and now he is trying to take away his freedom.”

She also says Brown is battling mental health issues after he witnessed the quadruple homicide that claimed the lives of his mother, an uncle and two family friends when he was only 10.

But Zeigler’s mother also claims her son did not harm Phoenix.

“They were together and her [Brown’s] grandson had a role in this,” she said.  “Adell told me he did absolutely nothing.”

Assistant District Attorney Matthew Albert was seeking $50,000 bail for both teens, saying that what they did was “heinous and debased.”  If convicted, they face between one-and-a-third and four years in prison.  They are due back in court on Monday.

Phoenix is doing well today.  He has smaller bandages and is more mobile.  He has been undergoing laser surgery for repairs on his eyes, and has been donning protective glasses.  He’s had some resistant bacteria in his system, and is on new antibiotics.  Blood work is being done to monitor his liver and kidney function.   He has more skin graft surgery scheduled for tomorrow, and the ones he has so far are starting to heal.  Phoenix is staying in a foster home and has bonded with a burn victim from a house fire – a cat named Burnie.