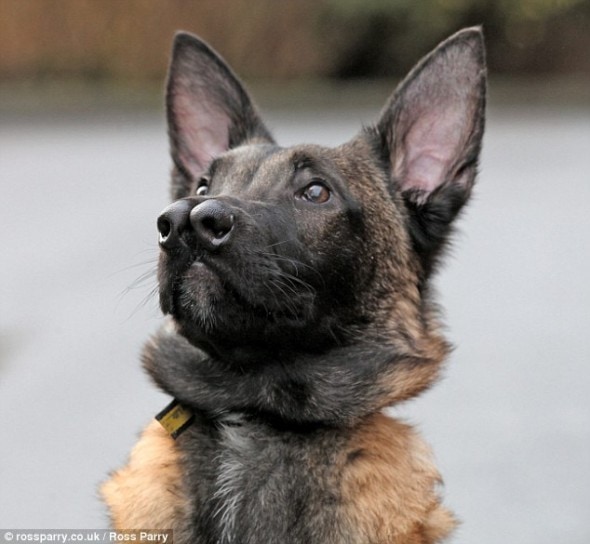 Last week we shared with you a special dog named Snuffles that was struggling to find a home because a rare defect causes him to have the appearance of two noses. As word spread of this special boy, the Dogs Trust Rehoming Centre in Uddingston, Glasgow began receiving adoption requests from all over the world and Snuffles now has the loving home he deserves.

The Dogs Trust Rehoming Center was struggling to find a home for Snuffles, a five-month-old Belgian Shepherd.  Many potential adopters were turned off by his nose.

“It’s a defect in his palate which gives him the appearance of having two noses, as his nostrils can move completely independently of each other,” explained veterinarian Angela McAllister.

Knowing what a wonderful personality Snuffles had, Dogs Trust issued an appeal to the public to give him the home he deserves. That appeal worked and soon the center had phone calls and e-mails from all over the United Kingdom and the world. There were plenty of people wanting to give him a home.

“We wanted to pick the best home for him,” said Pamela Jackson of Dogs Trust. “The eventual new owner took him for a walk to get to know him and they got on brilliantly. He said Snuffles was perfect and everything he was looking for.”

Snuffles will be going home to with his new family soon. His new home includes an acre of land for him to run around on.