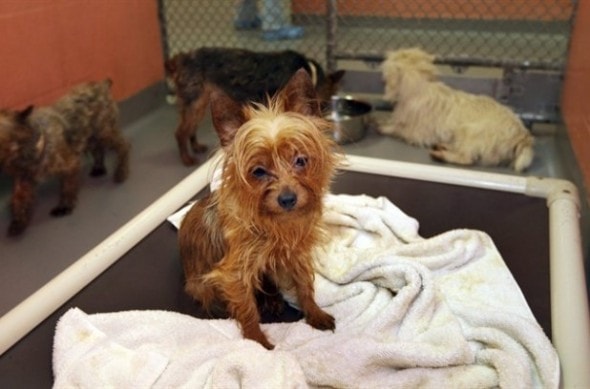 New legislation announced on Tuesday is helping to fight against puppy mills by cracking down on breeders who sell puppies over the internet.

The U.S. Department of Agriculture announced new regulations that will close a loophole in the federal Animal Welfare Act that had exempted internet sellers. The new regulations will extend federal oversight to puppy mills that do business online. Anyone who breeds more than four female dogs and sells puppies online will now be required to have a federal license which will hold them to the same standard as large-scale wholesale breeders.

The change was spurred when the USDA did a series of inspections of breeding facilities in 2010. The inspections found awful conditions at many of the breeding facilities. Up until this point many breeders who operate online have avoided inspection by classifying themselves as retail pet stores, which do not require licensing because buyers are supposed to be able to see the animals before they buy them.

Now with these new regulations, online sellers will either need to make their selling location open to buyers for inspection to actually qualify as a commercial pet store or they will need to obtain a license which will require a federal inspection.

The USDA says the new rules will affect thousands of dog breeders and is another step in stopping puppy mills.

“There are hundreds of thousands of dogs languishing in small wire cages, denied vet care and exposed to the elements that literally had no protection under federal law,” said Wayne Pacelle, president of the Humane Society of the United States. “This turns that around.”