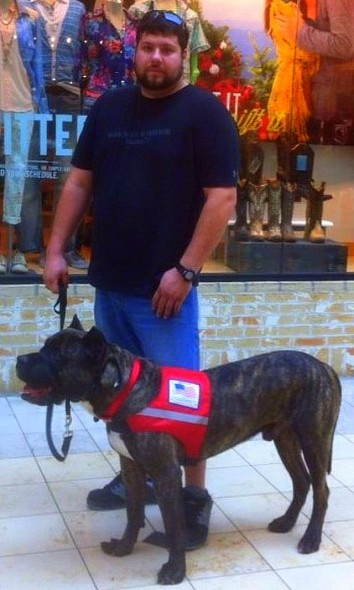 Dutch the service dog has finally been surrendered to Colorado authorities after being on the lam for the last several months. The American Allaunt attacked a woman last year after she beat him, and even though he became a registered service dog after the incident (demonstrating his good temperament), he was sentenced to death. His owner, Afghanistan combat veteran Jeremiah “Jeremy” Aguilar, took Dutch to an undisclosed location to avoid this fate.

According to the woman Dutch bit, who initially did not even seek medical treatment, “I started punching him in the face and kept punching him until my hands hurt so bad I couldn’t hit him anymore.”

Now he has surrendered Dutch just days before he is due to go before a judge for not giving the dog up. He made the painful decision to give Dutch up to avoid risking losing a possible appeal if he is found to be in contempt of lower court.

The judge decided that Dutch could be placed at an appropriate sanctuary, but Aguilar is determined to do what he can to free Dutch and clear his name.

“He completely intends to fight for Dutch,” said Brandon Luna, Aguilar’s attorney. “We believe Dutch is where he needs to be to allow Jeremiah to do what he needs to do.” 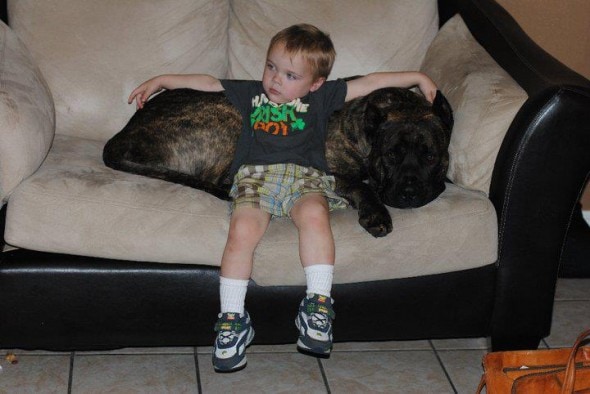 To see our original story about Dutch, continue reading here:

On November 14th, Jeremy was taking a friend to the airport and left Dutch with his previous owner.  According to the woman and City of Montrose statement, while out in the yard, Dutch attacked her pit bull.  To break up the fight, she began hitting, punching and kicking Dutch.  When that failed to stop him, she used the metal pole of a tiki torch to beat him.  She finally managed to pull him off by his collar, and drag him into the house.  She proceeded to clean the blood from his face, and he bit her thigh.  She tried to get away from him but tripped and fell.  Dutch then bit her in a buttock, “down to the bone.”  When she tried to free herself from his grasp, he bit her hand, which severed an artery and caused a compound fracture in her middle finger.  She sought refuge in her bedroom, and Dutch tried to break down the door, and broke several pieces of furniture.  Rather than call authorities or seek medical attention, she called her fiancé.  Her fiancé and another man arrived to find Dutch sitting quietly on the floor.  The pit bull entered the house, and Dutch attacked him again.  The second man beat Dutch repeatedly with the wood from a broken picture frame.  The woman eventually sought medical help, which cost over $25,000.

But this entire story leads to a lot of questioning of the victim’s actions.  Before allowing dogs to romp around freely, they should both have been held on leashes while sniffing one another out, and not left alone in a yard. Generally if dogs are going to become vicious, it is apparent within a matter of minutes.  The fur stands up, the tail is standing straight up, flickering, and teeth are bared and there is growling and snapping.  Of course, some dogs do not immediately display these postures, and there is always the possibility that a dog will become aggressive for an unknown reason. 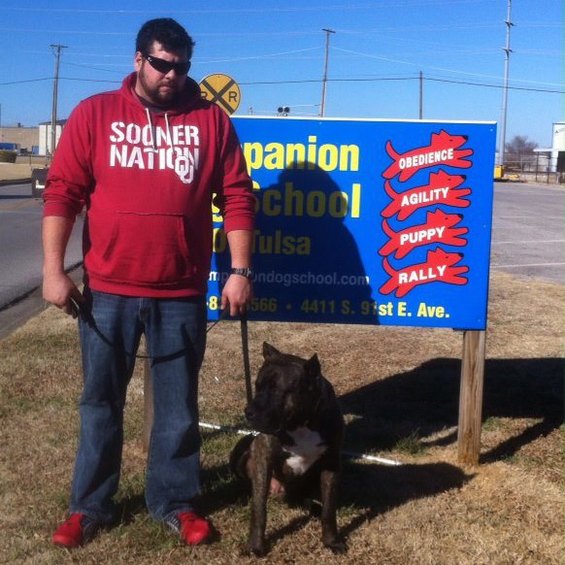