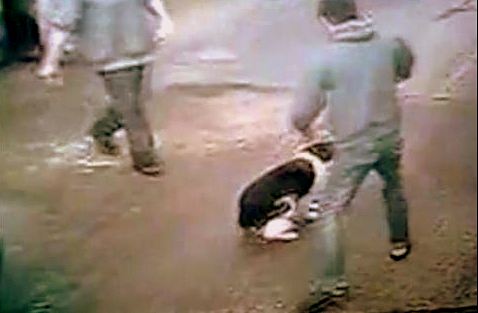 A video uploaded to YouTube last week of a man abusing a Border Collie in Banbridge, Northern Ireland caused so much upset to animal lovers that the man was found and arrested, and the dog was rescued and taken to a new home, where she can live the rest of her life without fear.

Five-year-old Bessie was shown cowering in fear of a man who kicked and dragged her as a woman looked on and did nothing.

Viewers of the video called the USPCA and police, got the word out on Facebook and demanded YouTube remove it, which they did.

“The footage reported to us by many concerned Facebook users is utterly appalling. Those involved in the abuse must be placed before a court,” said USPCA spokesman David Wilson. “We transported the dog to a vet in Newry by animal ambulance. The dog is OK. The attack took place several months ago, so it has had time to recover.” 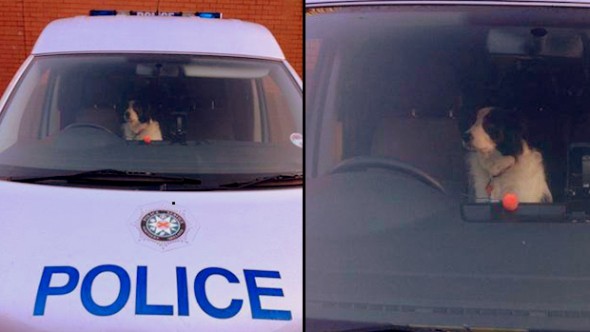 “Following reports of animal cruelty yesterday we have identified the dog on the clip which featured on internet sites. The dog is in safe hands. Pending the outcome of an examination she appears to be in good health.

“A 43-year-old man was arrested this morning and is currently in police custody and helping with police with their enquiries. We would like to thank the Banbridge community and the USPCA for their assistance in helping to bring about this speedy resolution. As the owner of pets myself I understand how emotive such matters can be. This matter is now fully under control and managed by the appropriate authorities. Thank you all for your help.”

“A 43 year old man, arrested in relation to animal cruelty in the Banbridge area, has been released on bail pending further enquiries. Bessie has been examined by a vet and is in good health. The animal has now been rehomed.”

Thank you to everyone for their diligence in the situation which allowed an abused dog find a new home where she will be cherished. 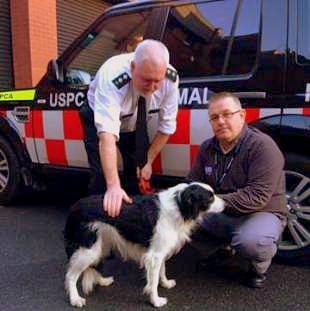 5 thoughts on “Video of Abuse Leads to Arrest; New Home for Dog”