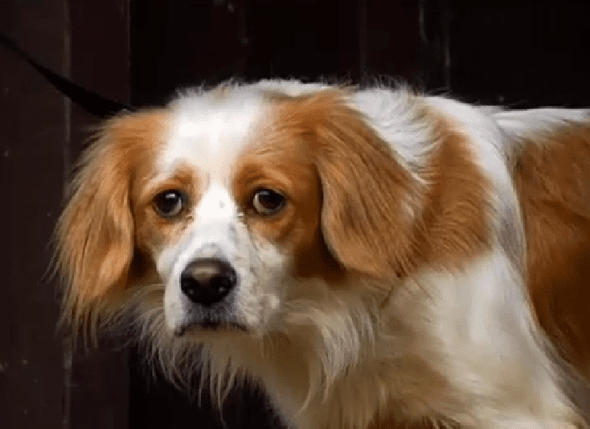 Stella was hiking with her owner and a friend on Monday when she fell over 60 feet down a cliff and became stuck on a ledge. After two days on the ledge Stella was finally rescued by volunteers.

Levi Black was hiking with a friend and his dog Stella in Table Rock State Park in South Carolina on Monday when he stopped to put his pack down. When he turned around Stella was nowhere in sight. He frantically searched for her and finally spotted her over the side of the cliff standing on a ledge that was at least 60 feet down. If Stella hadn’t managed to hit the ledge she would have likely fallen more than 200 feet.

Unable to reach Stella on his own Black contacted volunteer rescue teams in the area. Finally on Wednesday a team of six volunteers hiked up the trail and then rappelled down to Stella. The rescue took several hours but Stella was successfully brought to safety and reunited with a very relieved Black.

“It was horrible,” said Black. “I know she would try anything for me. And I was wanting to be there for her too. So, it’s been a rough two nights knowing how cold it was and rain and all that.”

The volunteers who rescued Stella were happy to help a dog and saw it just like any other rescue.