The Humane Society of the United States, the Humane Society Legislative Fund and the ASPCA have announced that the White House has responded to a petition submitted by the organizations in November asking President Obama to crack down on puppy mills. The official response to the online petition, which was signed by more than 32,000 people, outlines the United States Department of Agriculture’s plans to improve oversight of commercial dog breeders by issuing rules to regulate those breeders who sell over the Internet. The animal welfare groups were encouraged by the news, but urged the White House to accelerate the time frame, and adopt the puppy mill rule without further delay. 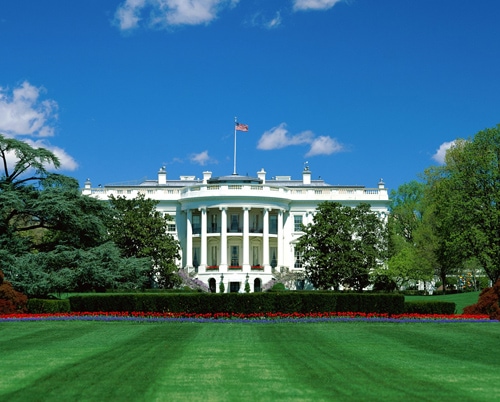 The White House response also highlighted the USDA’s commitment to increase enforcement under the Animal Welfare Act and referenced the agency’s recent proposed rule to prevent young, and often sick, puppies from being imported into the United States.

“The Humane Society of the United States thanks the more than 32,000 animal lovers across the country who signed this petition and brought the issue of puppy mills directly to the President’s attention,” said Melanie Kahn, senior director of the Puppy Mills Campaign for The HSUS. “The changes outlined in President Obama’s response are a positive step toward closing the loophole that has allowed thousands of puppies to suffer for so long in unlicensed mass-breeding facilities. Much work needs to be done, since the draft rule has not yet been proposed, and we urge the Obama Administration to complete the process to crack down on abusive puppy mills and to allow no further delays in this process.”

The petition was submitted in October 2011 by The HSUS, The HSLF and the ASPCA® asking President Obama to help close a loophole in the Animal Welfare Act regulations that permits large-scale, commercial breeders who sell puppies online and directly to the public to escape basic oversight and minimal animal care standards. The petition quickly gathered more than 10,600 signatures in its first 30 days – doubling the threshold needed to assure an official response. It eventually became one of the most popular petitions on the White House website, and was the top active petition for several weeks in November.

“We applaud the USDA for taking this step,” said Sara Amundson, executive director of the Humane Society Legislative Fund, “For too long, the USDA has avoided regulating and inspecting commercial breeders selling puppies over the Internet to unsuspecting consumers.”

“The existing regulatory loophole currently allows many commercial breeders to operate without a license and without any inspection—meaning they are not accountable to anyone for their breeding and care standards,” added Cori Menkin, senior director of the puppy mills campaign at the ASPCA. “The ASPCA is encouraged that the USDA has committed to help end the suffering of millions of breeding dogs and protect consumers by finally closing this loophole.”

On December 7, The “Today” show aired The HSUS’ expose of Purebred Breeders LLC, thought to be the nation’s largest online seller of puppies. The investigation highlighted the connection between Purebred Breeders and inhumane commercial-breeding facilities known as puppy mills, where dogs are often confined in small, stacked wire cages, with no exercise, veterinary care, socialization, or human companionship. HSUS attorneys, in partnership with Florida firm Leopold Law, have also filed suit in Florida state court on behalf of HSUS members and other consumers who received sick or dying dogs from Purebred Breeders. Anyone who has bought a sick dog online is urged to fill out The HSUS’ official complaint form.