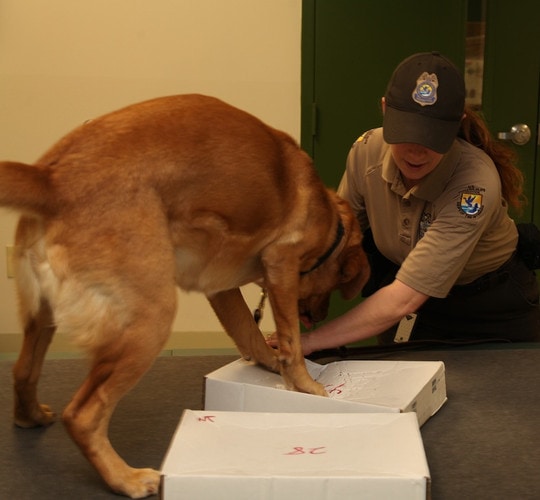 Dogs are known for their powerful sniffers and their help in discovering illicit items, such as drugs, bombs, and even fruits.  They are used to locate missing people and animals, and to track down pythons that have been released in the Florida Everglades.  Now their olfactory abilities are being put to the challenge to detect wildlife being smuggled into the country.

The first class of wildlife detector dogs and their handlers have just graduated and are ready to be put to work in key ports around the US.  The four retrievers, called Butter, Lancer, Locket and Viper, have been trained to protect animals that have been abducted from their natural habitats and thrust into foreign environments that are not suitable for their needs.  They are often forced into cages where their main purpose in life is to be a show-and-tell object.

These dogs will help reduce the number of animals, especially protected species, that make their way into the country each year. 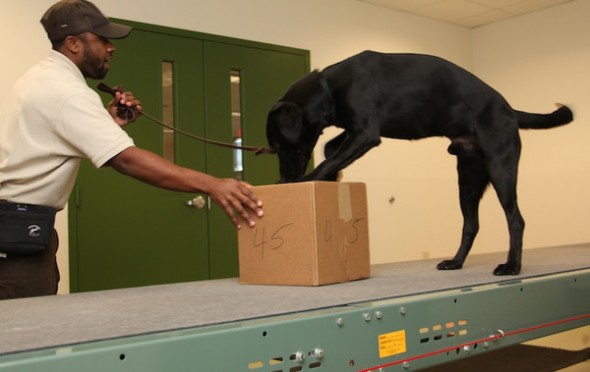 “The recent rapid growth in the global trade in protected wildlife is pushing some species perilously close to extinction.  Elephant and rhino populations in particular are declining at alarming rates,” said Ed Grace, Deputy Chief of Fish and Wildlife Service’s Office of Law Enforcement.  “The battle to stop wildlife smuggling is one we simply cannot afford to lose, and using dogs and their phenomenal sense of smell to catch smugglers will give us a real leg up in this effort.”

The employment of dogs will save time and money spent to open crates and packages suspected of containing wildlife.  They can quickly sniff air, rail and ocean cargo.

The four new graduates and their Service Wildlife Inspector-Handlers completed a 13-week course at the US Department of Agriculture’s National Detector Dog Training Center in Georgia.  Detector dogs are usually trained to find fruits, veggies and other plants that might have insects or bacteria that could be harmful if introduced to US agriculture.  The Wildlife Inspector-Handlers are looking forward to the challenge.

“This gives me a chance to combine my two great loves, wildlife and dogs,” said Wildlife Inspector Amir Lawal.  “I can’t wait to get started in the field with my new partner to stop illegal wildlife shipments.”