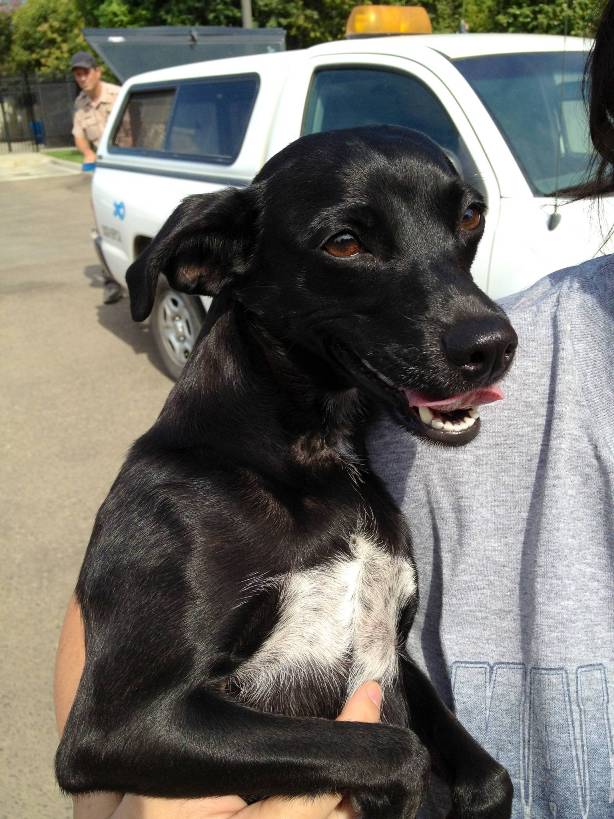 A lucky puppy has a stranger to thank for coming to his aid after he was hurled from a truck Thursday morning. A Fresno woman who has requested anonymity said she was driving on Cedar Avenue just north of Ashlan when she saw a driver throw a young dog out of a Chevy Tahoe.

Infuriated by what she had witnessed, she pursued the vehicle and confronted the driver.

“The dog was chasing after the vehicle that threw him out, and then when I went over there to confront the guy, who threw the dog out; he said that it wasn’t his dog,” she said.

The man first told her the dog was not his. When questioned further,  he said he had just found the black and white puppy on the freeway, but did not have time to take it to a shelter.

“It was clear that it was his dog, because the dog was crying when he was right there,” the woman said. She told the man she was going to have him arrested – and he called the police to tell them she was harassing him.

“I wasn’t harassing them, I just wanted to know if it was their dog, because they threw it out, clearly,” she said.

Police seized the puppy, who is now in the protective custody of the SPCA.