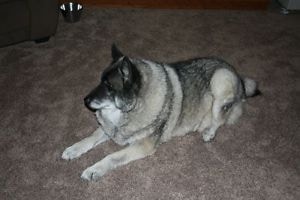 A woman was walking down the streets of the city of Regina in Saskatchewan, Canada when she spotted a dog for sale and sense something wasn’t right. She acted on her instincts and eventually helped return the dog to his family.

Mrs. Chernoff spotted three young girls with the dog on Saturday. They were offering to sell it. Mrs. Chernoff thought that was odd so she began asking the girls a few questions. The girls were unable to tell her the dog’s name or any real information about the dog. So Mrs. Chernoff offered them $20 for the dog and she took him home.

Once home she posted an ad on the website Kijiji looking for a possible owner.

“We wanted to make sure he was taken care of so we bought him, thinking there is someone out there that lost their dog or their dog was stolen,” she posted. “We have him at home and are willing to bring him back to you.”

Many people saw the ad and with the help of the Regina Humane Society they were able to track down the dog’s owner. The dog had either been taken or somehow escaped from his owner’s well-fenced yard. The Chernoff family were happy to return the dog and when they did there was no doubt that they had found the dog’s owner.

“My wife [who had placed the Kijiji ad] had to go to work, so I went and met up with her, got the dog, let the kids kind of say goodbye and took him to his work place,” said Daryl Chernoff. “We were able to meet up and it was his dog. It was clearly his dog.”

The man offered the Chernoff’s a reward but they declined the offer, happy to have helped reunite the dog with his owner.