There are many interesting kinds of dogs out there, and if we tried to feature all of them, we’d be here all day.  So here are 13 of the most unique looking dogs we could find! 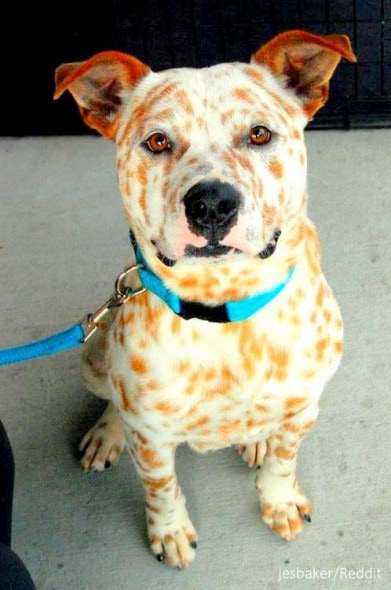 1.  Red/Queensland Heeler mix – We don’t know for sure exactly what kind of dog this is – some say pit bull/red heeler mix, some say Queensland or red tick hound – but she sure is a beauty! 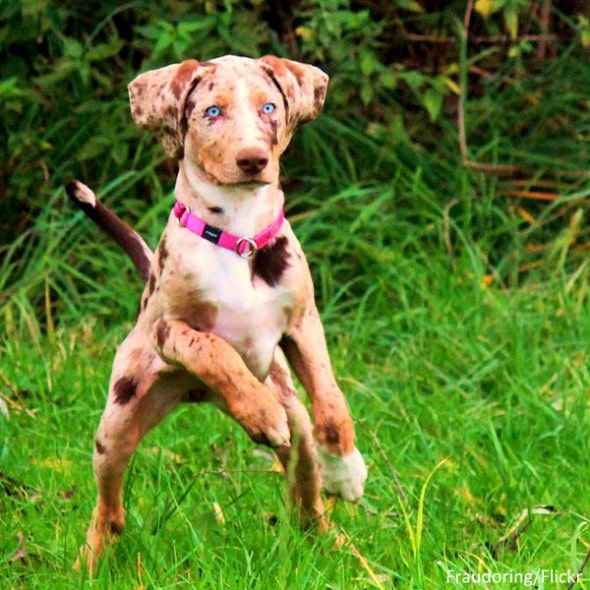 2.  Catahoula Leopard Dog – Believed to be the first kind of dog bred in the US, it was named after Catahoula Parish in Louisiana.  These skilled hunters are able to climb trees to catch their prey. 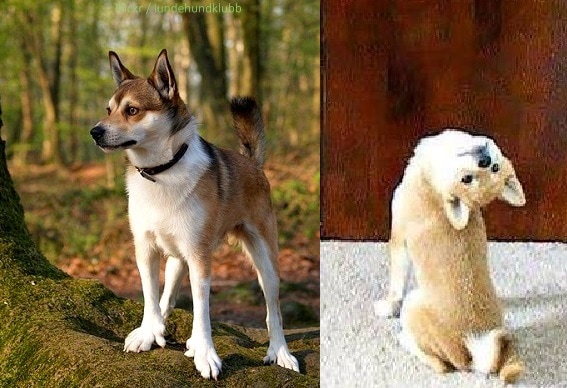 3.  The Norwegian Lundehund – This dog has six toes on each foot, used to grasp rocky cliffs, and is so flexible that it can stretch its legs out in both directions, and tip its head far enough to touch its back! 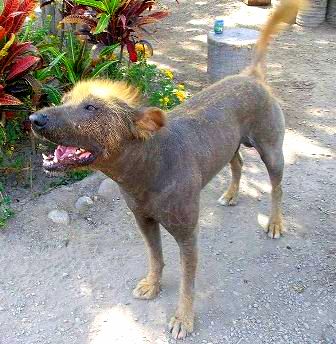 4.  Peruvian Inca Orchid – These dogs vary so much in the looks department that you might not even think they’re the same breed.  Some are hairless, while others have a full, spotted coat.  But the one thing most have in common is a strip of spiky hair on their heads. 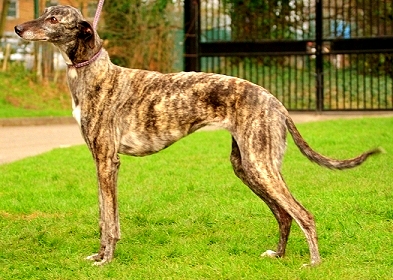 5.  Brindle Greyhound – Lots of breeds can be brindle – pit bulls, boxers, bulldogs – but some of the most unique ones are Greyhounds.

6.  Puli – Mop dogs!  The natural dreadlock matting starts at around nine or ten months, and helps insulate them from all kinds of weather. 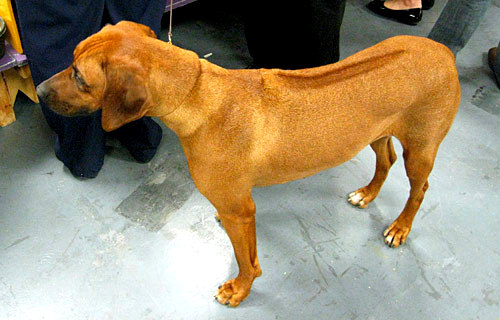 7.  Rhodesian Ridgeback – This dog has a stripe of fur along its back that grows in the opposite direction of the rest of its fur, giving it the appearance of a mohawk.  There are also Thai Ridgebacks, who often have gray fur, and Cambodian Razorbacks, who have thick fur like shepherds. 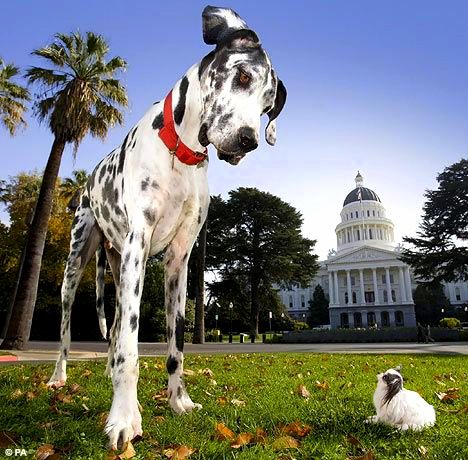 8.  Harlequin Great Dane – Many might wonder what the difference is between harlequin and merle.  Merle is a pattern on a dog’s coat, and harlequin is white fur with patches of black fur.  People might believe they have a harlequin Min Pin or Dachshund, but they’re merles – only Great Danes can be Harlequins! 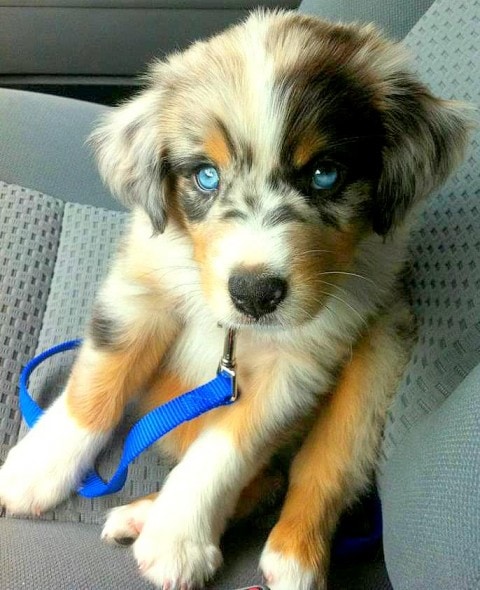 9.  Australian shepherds – Despite their name, this breed started out in the US.  Many of these smart dogs are blue-eyed merles, making them some of the most beautiful dogs around. 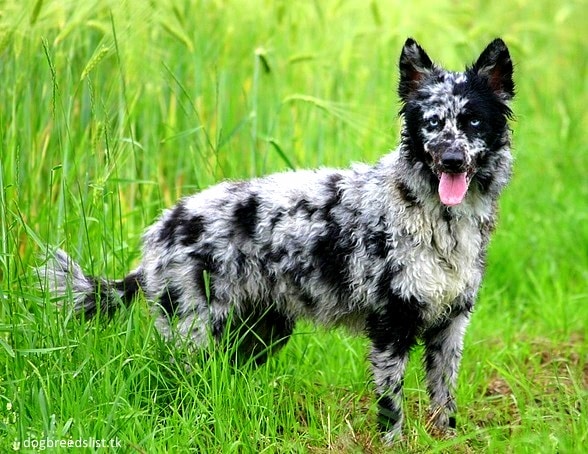 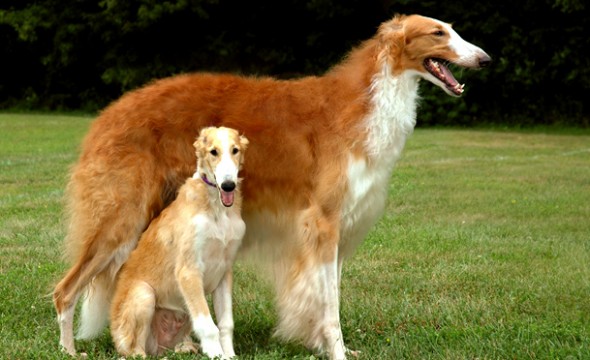 11.  Borzoi (Russian Wolfhound) – Some do not believe these Russian Greyhounds are very intelligent, but they actually are just easily bored and choose not to listen to commands.  The gracious dogs are almost always silent, and though athletic, are said to be couch potatoes. 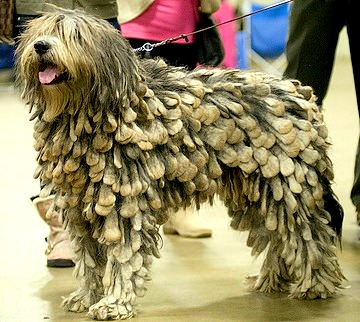 12.  Bergamasco – As a way to protect themselves from the harsh elements of the Alps, these dogs have three coats of fur and naturally form flocks, or loose matts, across their entire bodies. 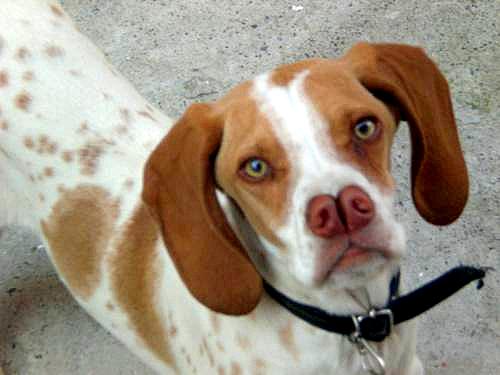 13.  Çatalburun – These dogs, native to Turkey, are said to have even more potent sniffers due to their nasal deformity, which may be true.  These dogs are seldom found outside of Turkey, but there are two other breeds known to have split noses – the Andean double-nosed tiger hound and the Pachón Navarro.